Athens has just welcomed its latest modern art museum, built specially to house the Basil and Elise Goulandris Foundation’s world-class collection of Impressionist, Modernist and post-war art. The long-awaited museum opened its doors on 2 October 2019 on Eratosthenous Street in Pangrati. It shares a small plaza with the adjacent church of Saint Spyridon and is only a stone’s throw from Panathenaic Stadium and Pangrati's hippest area, Plateia Proskopon.

One of the world’s great art collections

Officially called the Basil and Elise Goulandris Foundation, the new museum has been in the making for over 30 years. Its art collection (estimated to be worth $3 billion) is one of the world’s most valuable private collections amassed during the second half of the 20th century. Today, Basil and Elise’s trove of painting, sculpture, drawings, objects and furniture has finally found a permanent home, where visitors can admire rare treasures by seminal artists like Cézanne, Van Gogh, Chagall, Monet, Miró, Picasso, Pollock and many others.

The creation of a museum was a lifelong mission for Basil and Elise Goulandris—a shipowner couple who spent their time jet-setting between Switzerland, New York and the Mediterranean. Basil Goulandris was a member of a famous dynasty of shipowners from the Greek island of Andros, which includes many patrons of the arts. This explains why there are so many Goulandris museums in Athens: the Museum of Cycladic Art was founded by Nicholas (Basil’s twin brother) and Dolly Goulandris, while the Goulandris Museum of Natural History owes its name to founders Angelos and Niki Goulandris.

Basil and Elise Goulandris first set out to create a museum in the 1980s. Their original plan was to turn a neoclassical townhouse in Kolonaki into a set of galleries to showcase their collection. That proposal quickly proved too modest. Instead, the couple commissioned the famed architect I.M. Pei to design a new museum next to the Athens Conservatory. Pei’s iconic design would have added a rare architectural gem to the Athenian skyline—were it not for the discovery of Aristotle’s Lyceum at the site.

By this time, Basil had passed away, but Elise persevered with the vision of their museum, supported by art historian, Kyriakos Koutsomallis, the director of the B&E Goulandris Foundation. A new site was identified in Pangrati, where the Foundation acquired a neoclassical mansion and the buildings next to it. However, Elise’s death in 2000 and the subsequent legal feud over the ownership of part of the Goulandris’ collection caused further delays.

A new home for modern masters

Now open at last, the 11-storey museum includes a gift shop, a charming café, a library (containing Basil and Elise’s personal collection of around 4500 art books) and five floors of galleries. The first two floors are dedicated to 19th and 20th-century Western art, the next two are for Greek art from the past one hundred years. From 2020, the lower ground floor gallery will host temporary exhibitions.

The hanging for the museum’s opening includes 180 works, which are among the most valuable in the collection. Van Gogh’s Olive Picking (1889) is the first of a series of three the artist made during his stay at the Saint-Paul-de-Mausole asylum in the south of France. The painting gleams with a dream-like light, as if painted on metal—a unique example of Van Gogh’s masterful appreciation of light and colour. Other seminal pieces include Picasso’s Woman Nude with Raised Arms (1907), also known as the Avignon Nude; one of the thirty or so paintings of the Rouen Cathedral painted by Claude Monet during the 1890s (the Goulandrises owned two); Auguste Rodin’s Eternal Spring (1884), an exquisite brass sculpture that was part of the artist’s studies for his magnum opus, the Gates of Hell; and other masterpieces by fin-de-siècle artists like Degas, Gaugin and Modigliani.

The museum also showcases some rare works by the most celebrated artists from the post-war era, many of whom were personal friends of Basil and Elise. In the foyer, a portrait of Elise by Chagall (1969) captures her beauty and well-mannered disposition, with Basil’s figure looming over her like a shadow. Jackson Pollock’s Number 13 (1950) is a surprisingly small work from the artist’s famous “drip period”. Francis Bacon’s Three Studies for Self-portrait (1972) held emotional significance for the artist because they were drawn right after his partner’s death. 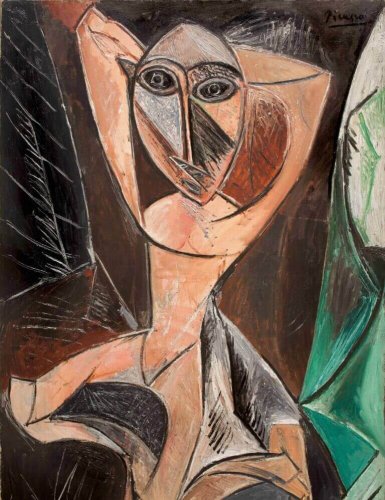 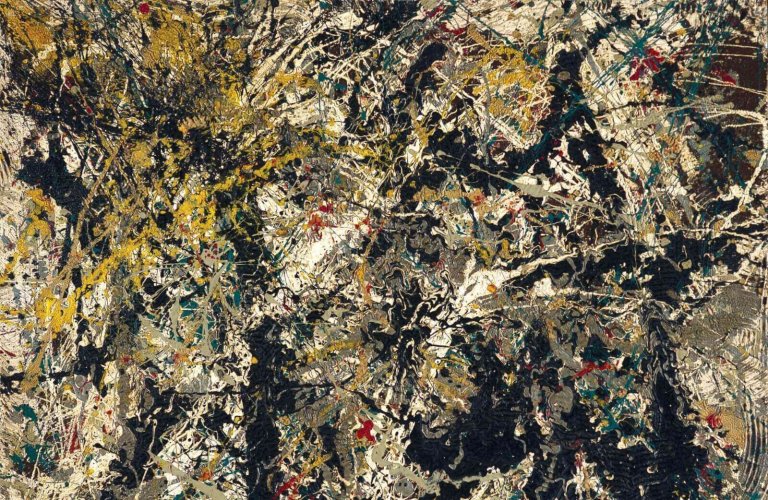 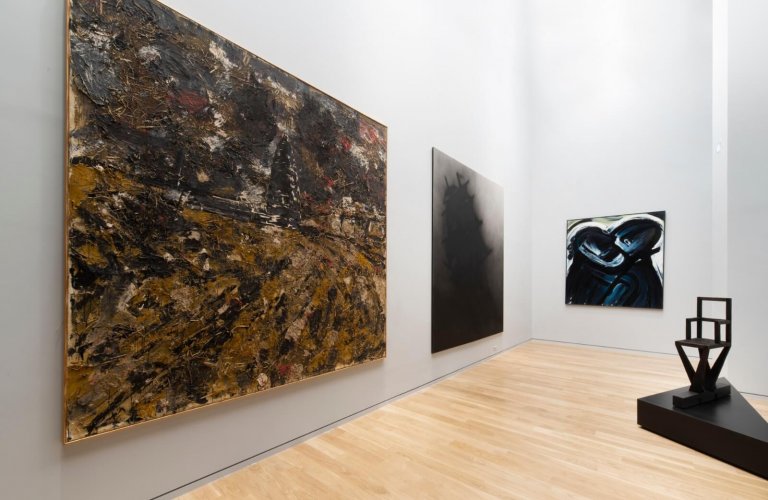 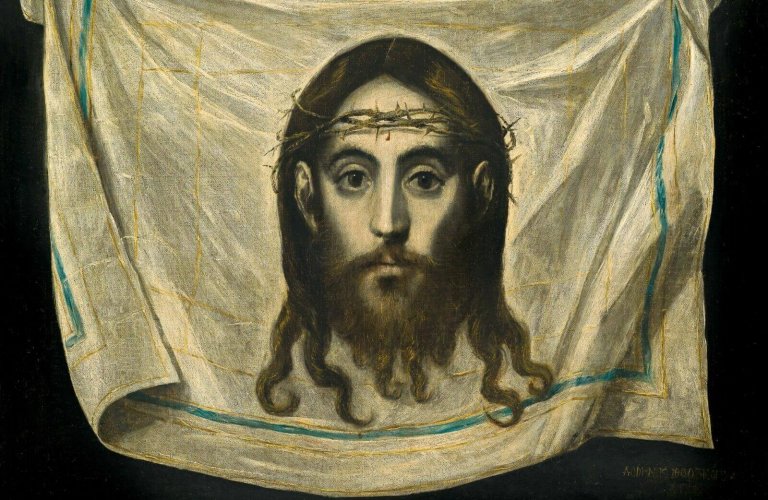 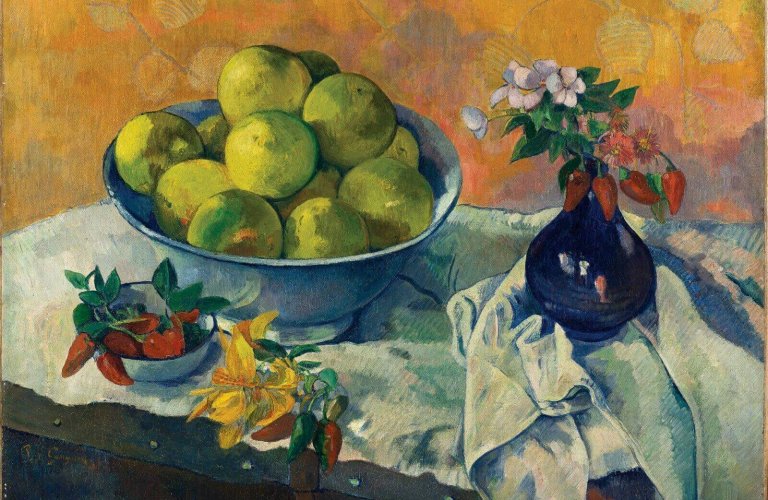 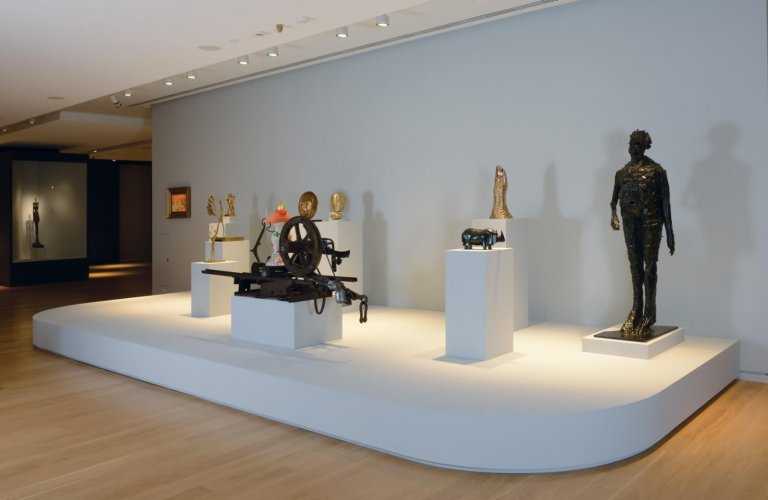 2nd floor: Glances at the 19th and 20th centuries.

The Greek section of the museum features works by renowned artists from the 20th and 21st century like Ghika, Tsarouchis, Moralis, Takis, Kounelis, Fassianos, Tsoclis, and Tombros. These galleries are in fact an extension of the Goulandris Museum of Contemporary Art in Andros, which was founded by Basil and Elise in 1979 to house their extensive collection of Greek art. The importance of a collection of this status being accessible to the public cannot be overstated, especially given that most of these treasures were hidden around the world for decades. The most important works will be on permanent display, and the rest will be on rotation, so eventually the entire collection will be available to the public. However, visitors should bear in mind that this is a private museum for a private collection. Basil and Elise’s collection is a who-is-who of 20th-century European art, and includes masterpieces that have been loaned to major museums.

Yet no matter how eye-catching the names and how beautiful the items on display, one cannot help but notice that this is an exhibition of male, white artists who happened to be the personal favourites of a very powerful couple. It remains to be seen how the museum will develop a programme of parallel events, educational activities and temporary exhibitions to create a dialogue with contemporary cultural life in Athens.

That said, the new Basil and Elise Goulandris Foundation museum is a must-see for art-lovers visiting Athens. It’s also the perfect excuse to find oneself in the most exciting part of Pangrati. After all, you don’t often get the Parthenon and a Picasso on the same day.