Separated from the sea by Posidonos Avenue, Faliro was once a seaside village of fishermen, shepherds and farmers. Now its inner streets are dense with apartment blocks courtesy of the 1960s building boom. On the palm-lined promenade, play parks, an outdoor cinema and a luxe marina generate a year-round resort vibe.

Revived for the 2004 Olympics, this popular coastal suburb leans towards leisure. It may not possess the strong character of gritty Exarchia or cultured Kolonaki, but what Palio Faliro (shortened to Faliro by the locals) lacks in charisma, it makes up for with its pole position. It’s the gateway to the Athens Riviera and an easy jump off point for Piraeus and the city centre. Restaurants and cafes dot pretty, glitzy Flisvos Marina, while its beach and waterfront promenade are a quick and scenic escape from urban life. The arrival of the game-changing Stavros Niarchos Foundation Cultural Centre in neighbouring Kallithea in 2016 has also helped connect the dots and bring more dash to the area. 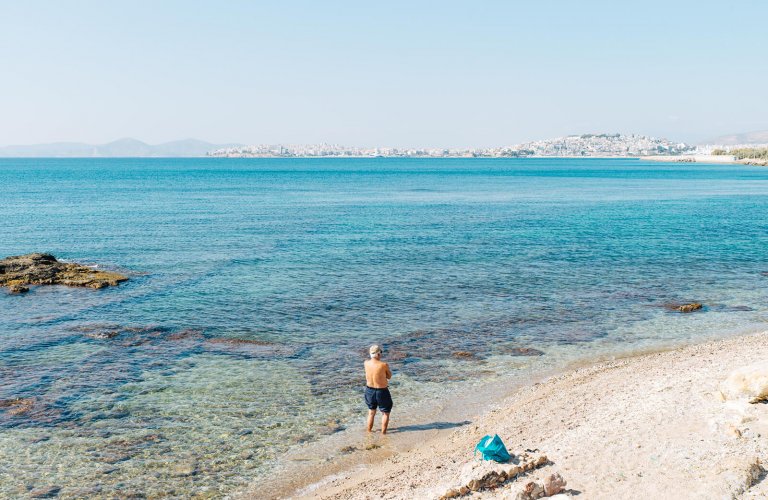 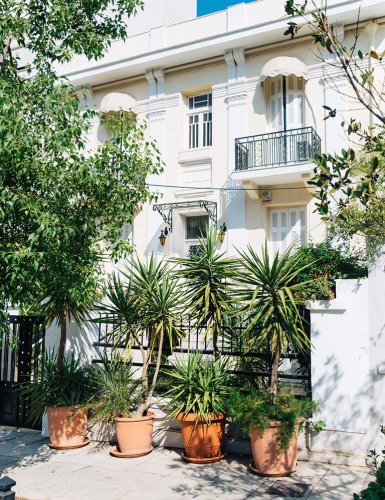 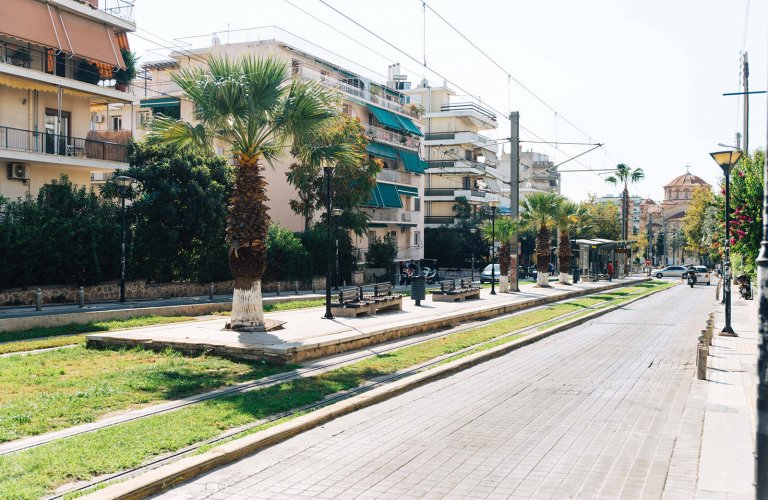 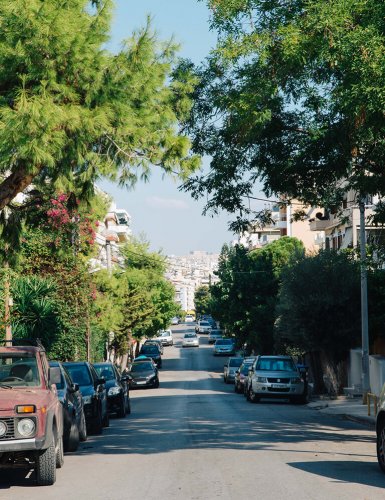 Old renovated villas peek out from in between apartment buildings.

The tram runs along the palm tree-lined coast.

Suburbia with an urban vibe.

There's always something to point your camera at on the Faliro seaside promenade.

Faliro’s seaside promenade is one of the most scenic places to exercise in Athens. All day—and well into the evening—you’ll see joggers and bike riders, skateboarders and strollers, enjoying the coastal aspect. Park benches surround two giant outdoor chess boards where you can watch locals going head to head. The promenade is also a popular starting point for cycling trips along the Athens Riviera. Cycle paths curve along the coastline, linking with nearby Piraeus or further south to glitzy Glyfada.

Faliro’s culinary scene is infused with eastern flavours, imported by the Greeks from Istanbul who settled here in the mid-1970s. Riviera, a neighbourhood staple since 1978, perfumes the streets around it with the scents of mastiha (a Mediterranean resin) and mahlep (an aromatic spice made from cherry stones) thanks to Stelios Karapiperis’ sweets from the old city. Divan Patisserie is prized for its kaymak—clotted cream made with water buffalo or sheep’s milk—and tavuk gogsu (milk pudding with chicken breast). At Benito Delicatessen, the Turkish black tea, pastourma (spiced dried beef) and sucuk (spicy sausage) fly off the shelves almost as fast as owner Evdokia’s stuffed vine leaves and ambrosial baba ghanoush—perfect for a picnic on the waterfront. For a more substantial meal, head to Suzanna, a delicious mash-up of Lebanese and Turkish cuisine. The humus heaped with toasted pine nuts and fiery iskender kebab are knock-outs, and the many vegan and vegetarian options include manti (mushroom dumplings in yoghurt sauce) and mucver (courgette, feta and dill fritters).

Get your sugar high at Divan.

You’ll struggle to find a more kid-friendly outdoor option in Athens (outside of beach season) than this extended run of seafront parkland. It’s divided into a number of play zones suitable for different ages. There are the bouncy castles, slides and pirate ships demanded by toddlers and plenty of climbing challenges, skate rinks and trampolines to please the older crew. The canteen tables are well-placed alongside the swings and rides, so parents can keep a close eye and still enjoy the sea view. Flisvos Park also offers satisfaction for kid-free visitors in the form of scenic walking and cycling paths, outdoor fitness stations and basketball courts.

Visited by more than 200,000 people per year, the planetarium, run by the Eugenides Foundation for science education, has a 950 square-metre dome, on which it screens 3D virtual trips to the galaxy, as well as IMAX movies and other shows. Some of the screenings have been dubbed into Greek, but you can buy earphones on site or bring your own, and watch the show in English.

The World War II cemetery pays homage to the deceased.

People don’t flock to Faliro for its cultural attractions. Even so, there are several off-the-beaten-track sites for those craving more than sun and sea. Explore the 140 metre Averoff, the pride of the Greek navy after its starring role in the Balkan War in 1912. Docked permanently at the Flisvos Marina, it’s now home to the Averoff Naval Museum —an interactive and fun experience for all ages. At the Benaki Toy Museum, over three thousand vintage toys are displayed in an impressive 19th century villa. Military buffs can pay their respects to the soldiers of the Commonwealth killed in battle in Greece during the Second World War at the immaculate Phaleron War Cemetery. A beautiful resting place with rolling views of the sea, the memorial is permanently open and can be visited any time. 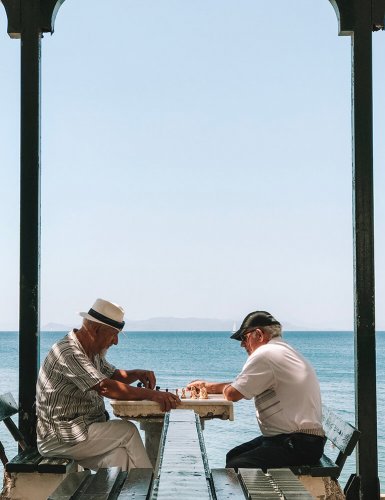 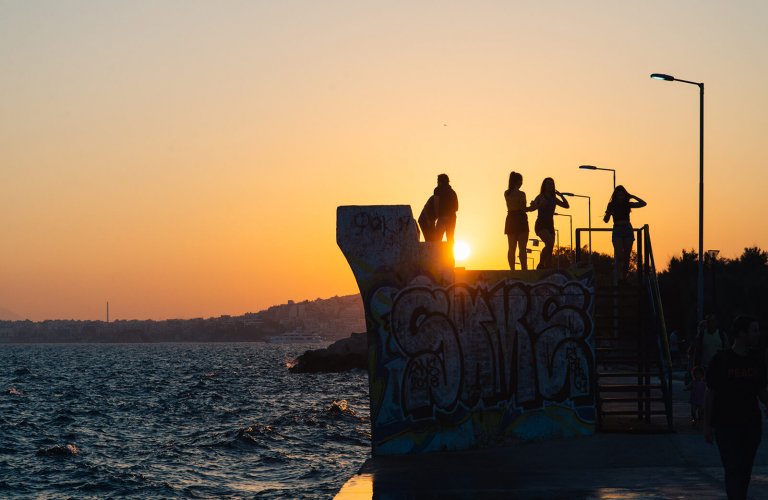 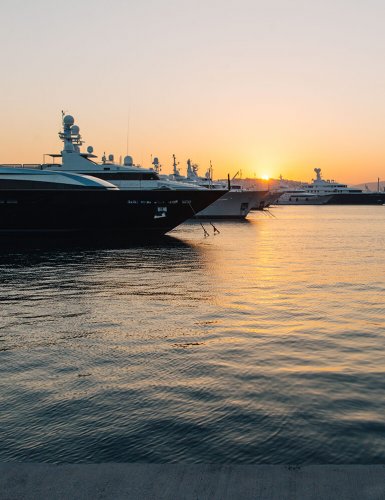 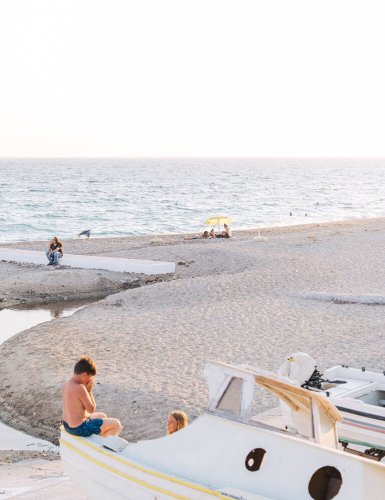 Best out of three?

Fun is a shore thing in Palio Faliro.

Faliro takes centre-stage every summer when it hosts two of Athens’ most popular international music festivals — Ejekt and Release—at the big open space of Platia Nerou (literally Water Plaza). This is one of the most enjoyable spots in the city to catch global headliners such as The Killers to the Beastie Boys, along with smaller concerts and local bands. Next to the Olympic Tae Kwon Do stadium, it’s easy to get to by tram or bus and you’re just steps from the water. Watching the sun sink into the sea or the moon rise high above the stage, the concert can feel like an added bonus.

Catch an open-air act by the sea at Platia Nerou.

A Local’s Guide to Voula