A mere 100 years ago, Kypseli was nothing but picturesque countryside with vineyards and pastures, only two kilometres away from the Greek capital. A few mansions and farmhouses existed at the time, and the area was delineated by two flowing streams. When urban development began in the 1930s, the streams were built over and the first apartment buildings were erected in the then popular Bauhaus and Art Deco styles. By the 1950s, Kypseli was an exclusive upper-class neighbourhood, attracting artists and the intelligentsia. As the city centre became more densely populated, spreading beyond its initial borders, the elite headed for the suburbs, and Kypseli shared the same fate as other nearby areas and slowly degenerated, while newly arrived immigrants from Eastern Europe, Africa and Asia began to settle in, drawn by the area’s low rents during the 90s.

Pedion Tou Areos park is the best green space in the neighbourhood.

With roughly 50.000 residents, today’s Kypseli is one of the city’s most multicultural neighbourhoods. It’s so densely built, that according to urban legend it’s the most densely populated place in Europe (Athens is in fact officially ranked third in Europe as the most densely populated city). The nearby Pedion tou Areos park is a much-needed green oasis for the district, but Kypseli’s affluent past is nowhere more visible than in the elegant apartment buildings and old cafés on Fokionos Negri Street.

Meanwhile, rising rents in the city centre have and continue to drive towards Kypseli a new wave of people breathing new life into the area and in recent years creating quite a hype around it. Let’s explore the neighbourhood’s most important spots and landmarks.

Victoria Station is the nearest train station to Kypseli.

This main artery connects the area of Patissia (once at the city’s edge) with the city centre. In the 1960s, it was one of Athens’ most upscale shopping avenues. Patission was designed so as to perfectly align with the Parthenon, because Athens’s 19th-century urban planners wanted it to lead straight to a palace that eventually never got built. To get to Kypseli, you can take the train to Victoria Station (named after the renowned British monarch and a great example of the Art Deco architectural style) and walk for a few minutes north along Patission Avenue. You’ll walk past some impressive post-war apartment buildings along the way that offer some very Athenian snapshot opportunities.

Kypseli’s heart beats around Fokionos Negri, a pedestrianised boulevard that was built over a stream: The oldest of Kypseliots still have childhood memories of feeding the ducks in that stream back in the 1930s. The street is lined with many cafés, bars and restaurants, where locals of all ages gather to chat and socialise under the trees. The open spaces and lawns along the 600-metre promenade are also popular with dog owners (fun fact: spot the dog statue from the 1940s). In its heyday, Fokionos Negri was one of the fanciest streets, and to this day remains lined with auspicious apartment buildings that were erected for the rich and famous of the time.

As you make your way up Fokionos Negri, you’ll pass on your right the Kypseli Municipal Market (temporarily closed for renovation), one of the neighbourhood’s oldest historical landmarks. It was built as a food market in 1935 following the principles of modernism, although neoclassical elements were later added to it. It operated continuously until 2003, when it had to be closed down. The City of Athens renovated the listed building in 2012 and since 2016 it has been a lively hub for social enterprises, start-ups, and events. In the summer months, a typically Athenian way to spend your evening would be to catch a movie at an open-air cinema, such as Stella (right across the Municipal Market on the first parallel to the left), also owned by the City of Athens and run by a Kypseli-based distribution company. There you can watch European and art-house films under the stars, surrounded by the iconic urban nightscape of Kypseli.

At the very end of Fokionos Negri you’ll come upon Kypseli Square, the district’s epicentre, where you can find a post office, bakeries, some street food restaurants, and banks. From here you can also catch trolleys and buses back to Victoria Station and Syntagma.

Not far from Fokionos Negri you’ll find the much smaller St. George’s Square, the area’s recently rediscovered hangout. The perfectly circular square is dominated by the church of St George, on the steps of which youngsters gather and hang out as soon as the sun sets. The square is a popular all-day spot with cafes, bars and restaurants, where Athenians from every part of town go to brush shoulders with local actors and theatre directors who like to hang out there after performances—there are more than 14 independently-run small theatres in Kypseli. 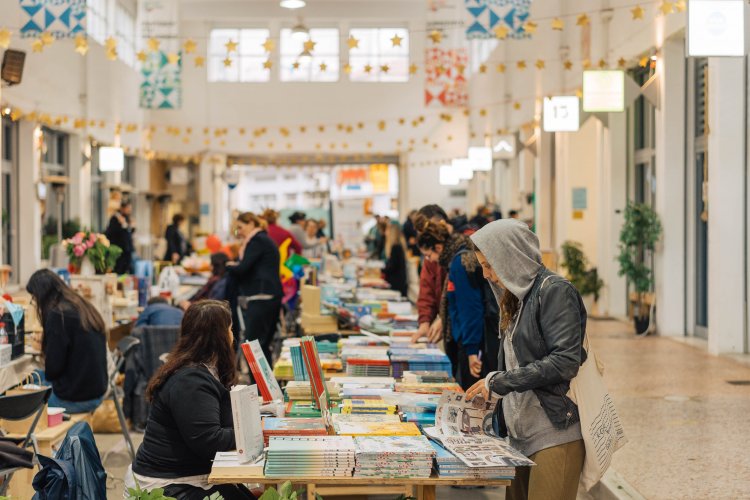 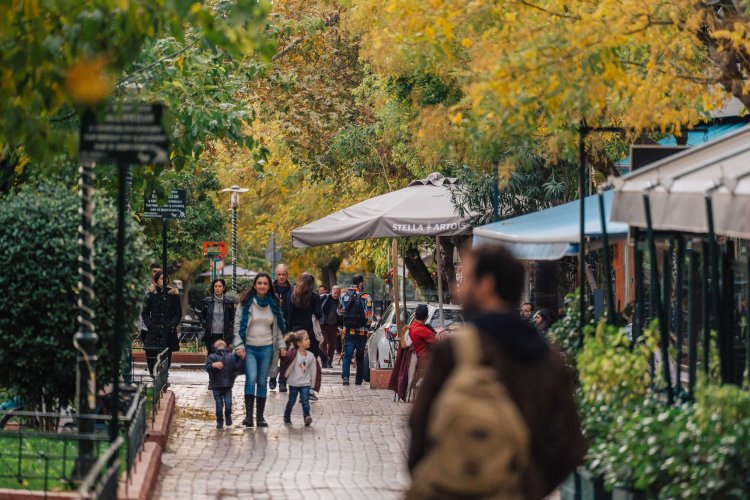 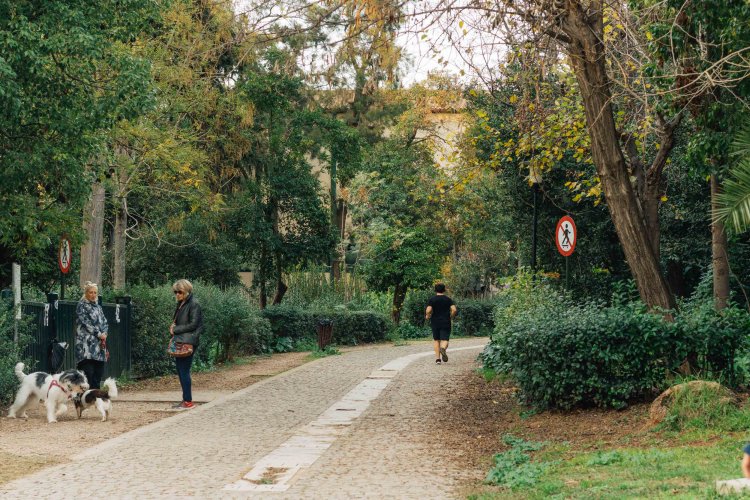 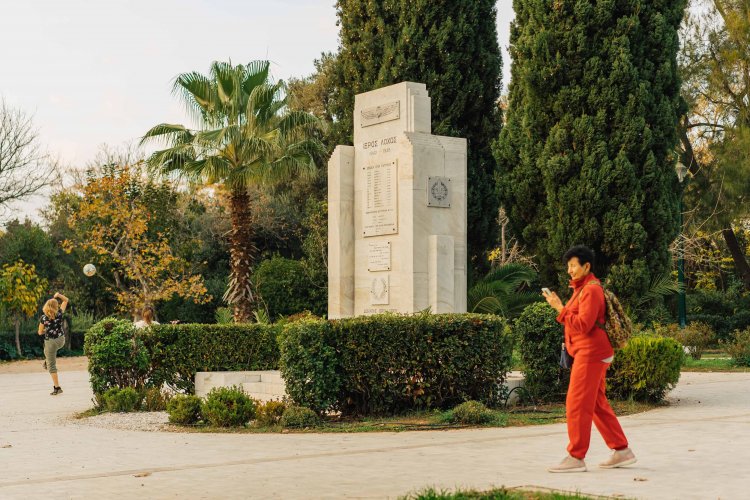 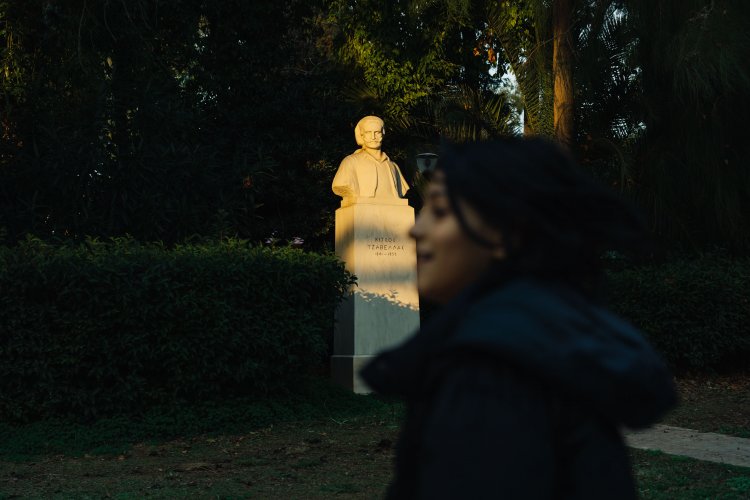 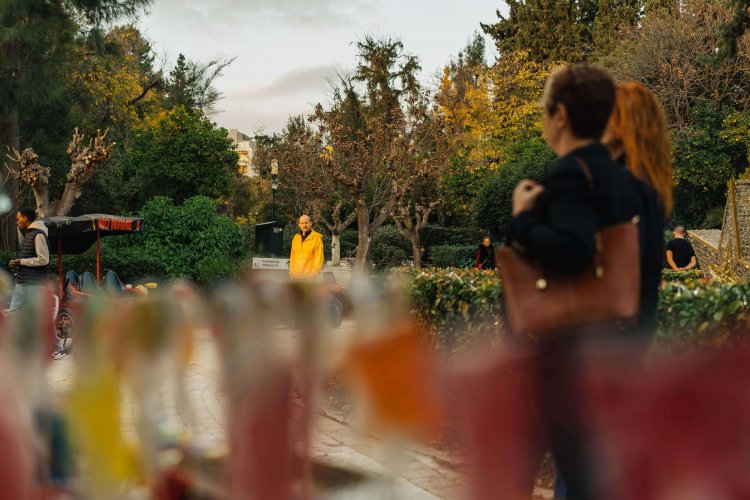 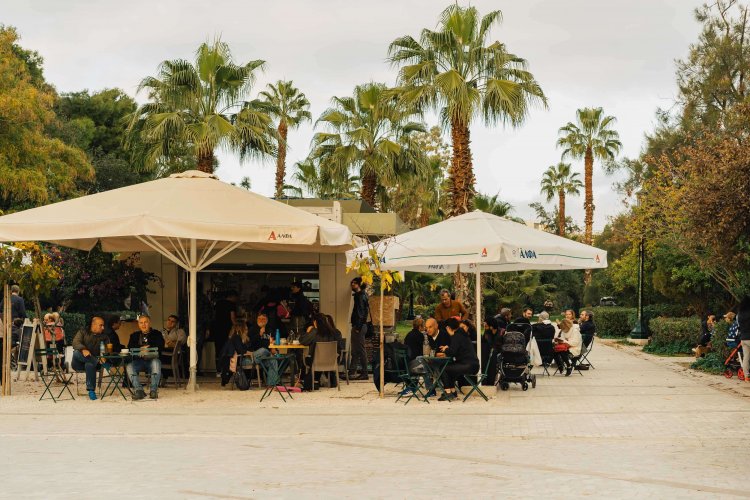 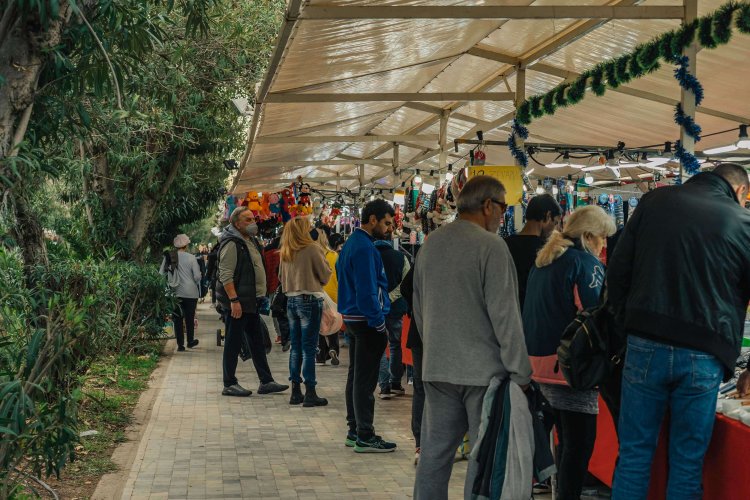 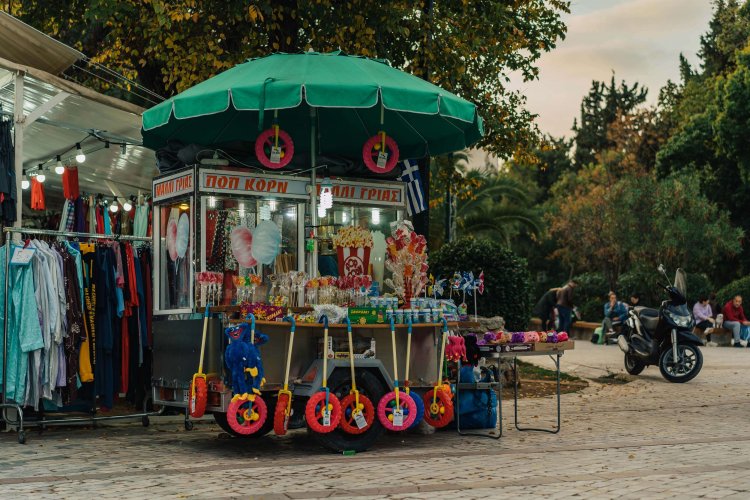 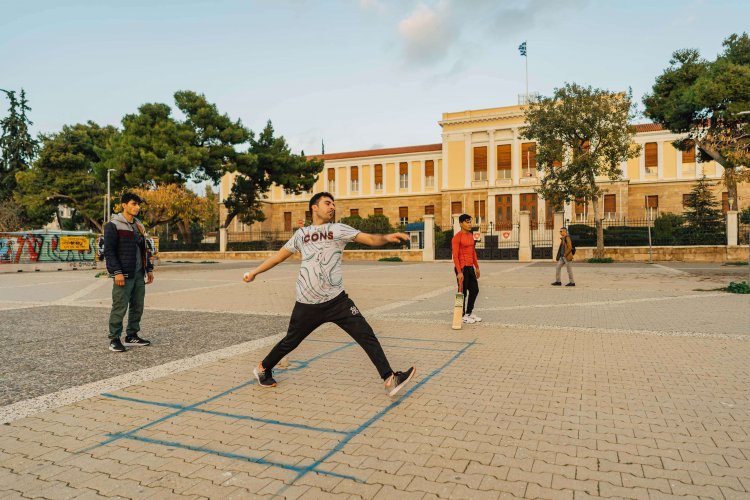 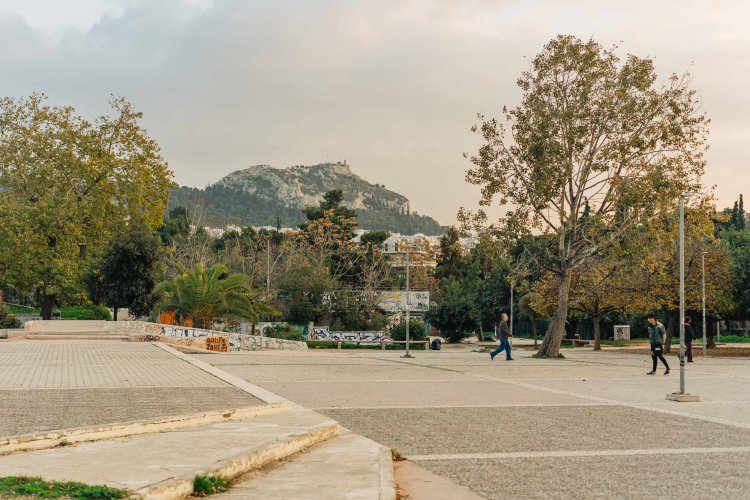 It's a book affair at the Kypseli Municipal Market.

One of the many memorial sites at the park.

Moments at the park.

Lounging at the small café kiosk at the park's central square.

If you visit on Christmas, you'll catch the flea market at Pedion tou Areos.

Pop corn, lollipops and snacks for your little ones.

A short walk along Evelpidon Street will bring you to 1st of May Square (Plateia Protomagias), dominated by the imposing 19th-century façade of the former Military School, which is frequented by locals playing cricket and backgammon. The square is essentially the roof of an underground tunnel that connects Kypseli to Alexandras Avenue. From here one gets a rare perspective of Lycabettus Hill: since open spaces in Athens are so rare, there’s only so many places you can catch a full panorama of the hill against an open sky. Behind the former Military School are Athens’ courts of law, which means the area is also frequented by lawyers during the day.

Mingle with the locals at Pedion tou Areos.

Athens’s second-largest public park forms Kypseli’s southern border. Its name translates into Field of Mars, and derives from the area’s former use as an exercise ground for the nearby Military School in the 19th century. Around the 1900s, and as Kypseli started to become urbanised, military drills gave way to ladies with parasols strolling to the music of brass bands. However, the military aura of the place is still present to this day due to the many war monuments scattered all around the park. Today, Pedion tou Areos is a popular gathering spot and its main circular path, approximately 1.3 km long, is perfect for anyone who fancies a jog. An outdoor theatre inside the park offers entertainment during the summer months, and you can also find a small kiosk selling refreshments in the central plaza.