The temple was begun in the 6th century BC, but construction spanned over seven centuries as successive rulers became obsessed with ensuring its scale reflected the god’s stature.

Size did matter when it came to paying tribute to Zeus, with a 100-by-50 metre temple with 17-metre columns.

The Olympeion was the largest ancient temple on the Greek mainland—a rectangular structure almost 100 metres long and nearly 50 metres wide. It was laid around 515 BC by Peisistratis the Younger on the foundations of a smaller temple. Most of its original 104 columns were dismantled or destroyed as the site was used as a quarry in medieval times. By the 15th century, only 20 columns were still standing. Today, 15 standing columns and one fallen one remain.

The carvings on the columns that are part of the ‘Stone Chronicle’ kept on monuments during Ottoman rule to keep track of noteworthy events such as epidemics and natural disasters.

The temple was completed under Hadrian, who filled the sanctuary with statues of himself he’d been given by cities under his rule. 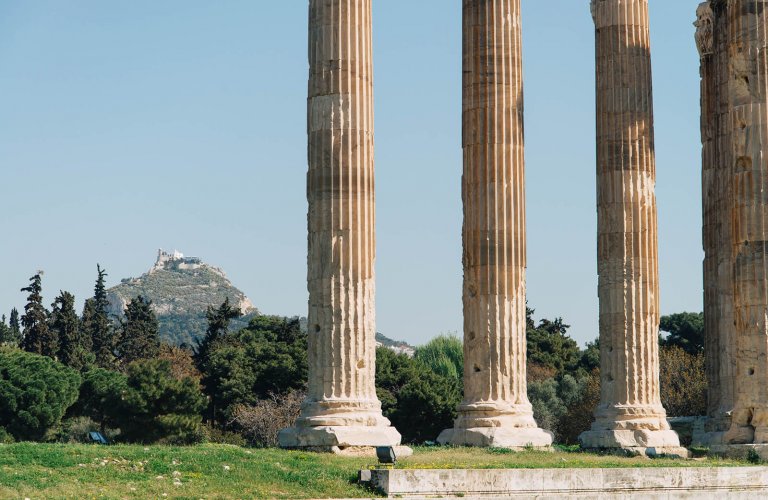 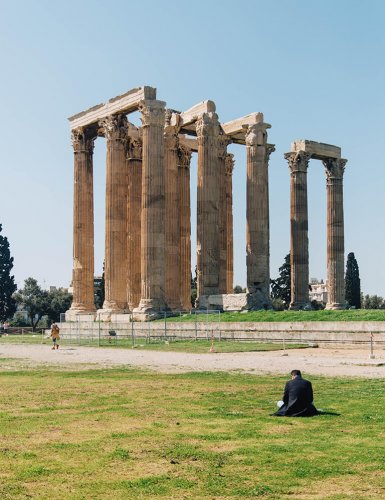 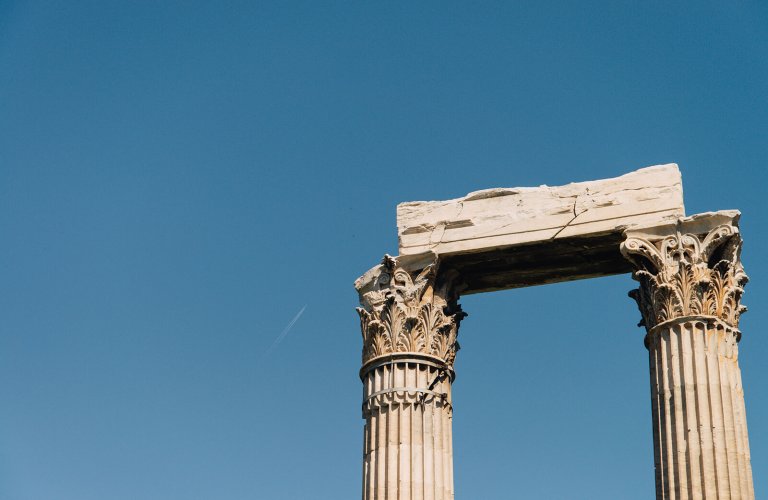 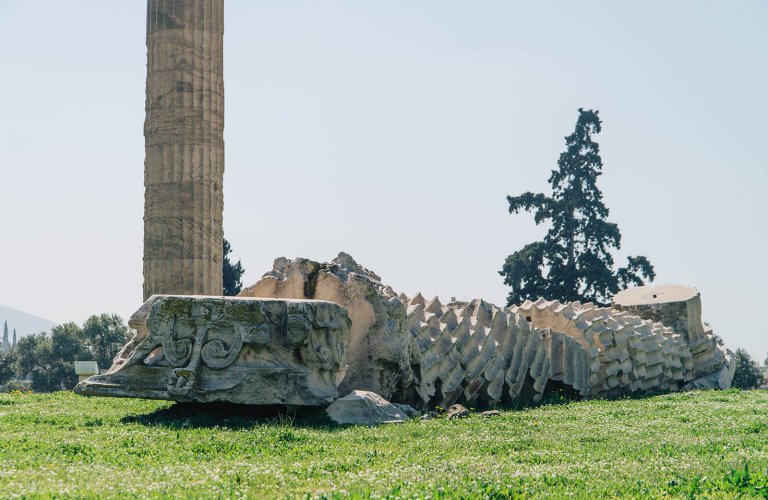 The 12 remaining columns are graphically spread along perfect lines.