Troumba: The Secret Side of Piraeus

Brothels, cabarets, bars. Sailors, pimps, prostitutes. The typical makeup of an early 20th century port. But you knew that. What you probably don’t know is that while you’re waiting to embark on your ferry boat journey from Piraeus, you’re a block or two away from where this thrillingly seedy world thrived not so long ago. Located on the left side of the port, as you’re looking at your ferry, Troumba has quite a colourful history. Until the late 1960s, petty crime and drunken brawls were a given, while three X-rated cinemas screened movies for those who didn’t feel like indulging in the brothels. And there was the famous 6th fleet of the US navy that showered green into the red. There was even a movie made Kalos irthe to dollario (which roughly translates to ‘welcome to the dollar’).
The Asia Minor Catastrophe of 1922 drove huge numbers of Greeks from Turkey’s western shores, and many of them settled in Piraeus. Rebetika music was born here—the music of the underground, of the poor, songs of hardship, displacement, and getting high, often accompanied by the sorrowful dance of lone a man. It took root in the Troumba and the smell of marijuana seeped out of the tekedes, or hasish dens, where you could enjoy both the music and the herb. Gambling was another favourite pastime, fuelled by the poverty spurred by the forced exile of Greeks from Turkey and then by the German occupation during the Second World War.

The streets of Troumba house voices of the past.

Troumba’s heyday peaked in the 1960s when the number of prostitutes reached 3,000 (though the official number was 500). Apartment buildings rose up among the brothels and cabarets and regular folk started moving in, sticking up signs that read ‘a family lives here’ to keep the noisy rabble at bay.
In 1968, the military junta took over Greece and promptly shut down every single one of these establishments. Today, remnants of the past still linger. Dingy Cine Olympik still screens adult movies. Neon signs above doors on side streets display female figures and cocktail glasses, blinking in red, and a rundown aroma seems to be ingrained in the asphalt and cement.
Despite this, Troumba seems to be heading towards a revival, so far mostly in the food and drink department, especially ethnic cuisine. Shipping offices have taken over most of the area, leaving older buildings abandoned or scaffolded. If you’re there on a weekday, you’ll notice flocks of suited men heading out for business lunches or honking the horns of their flashy cars at the rush hour traffic. 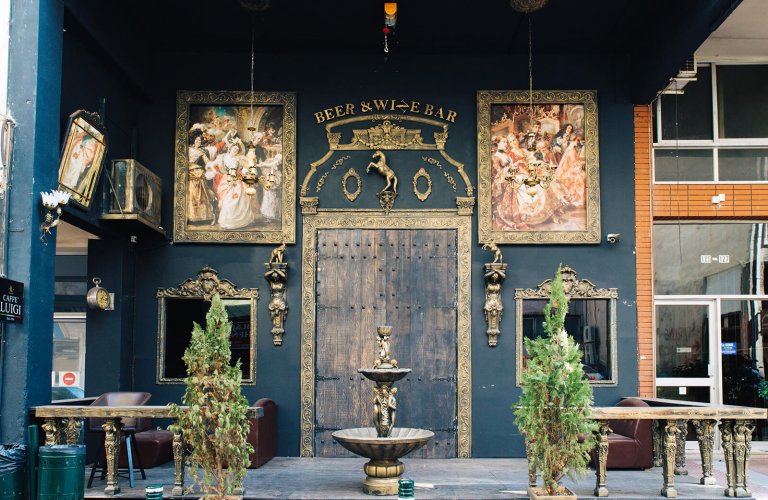 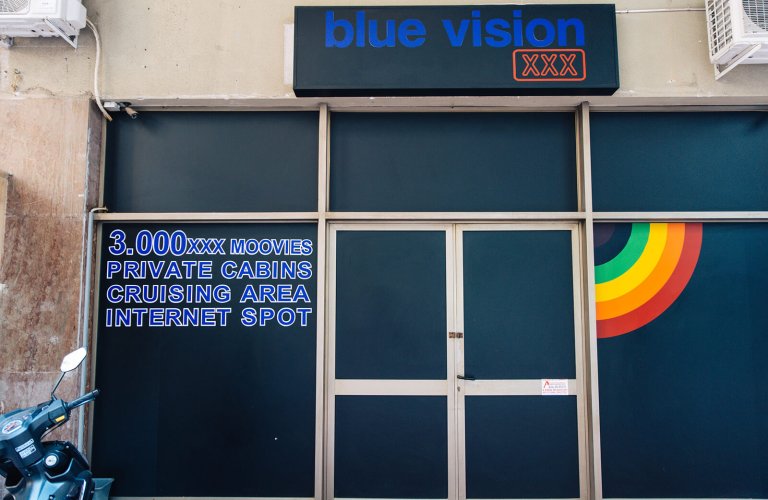 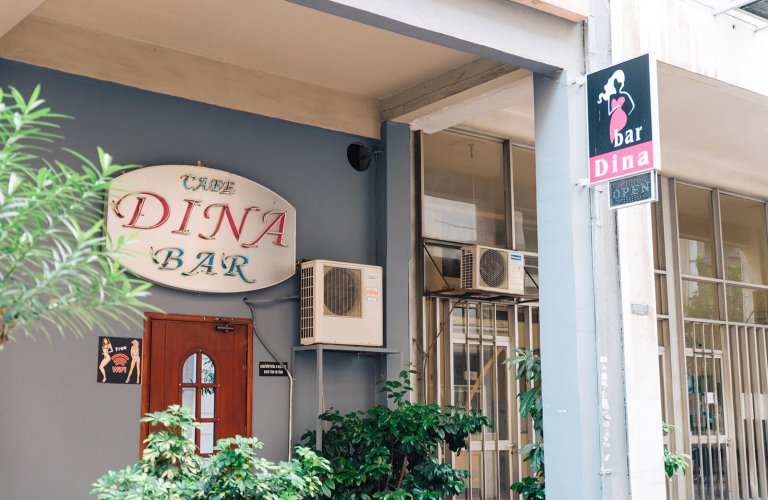 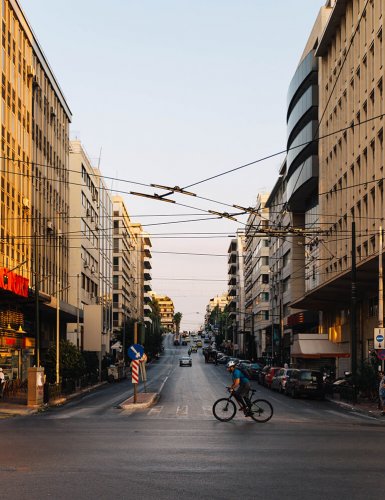 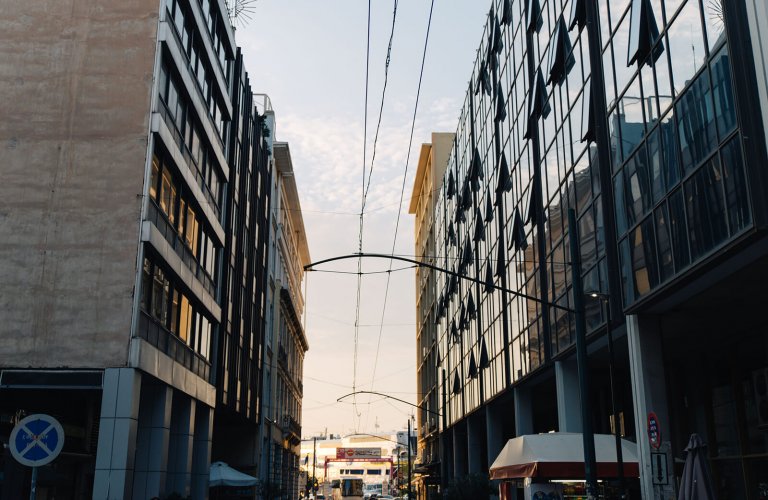 Beauty is in the eye of the beholder.

Decades of history don't just vanish from a neighbourhood.

Office buildings of the shipping world have taken over Troumba.

Troumba lies on the streets running from up from a section of the city's largest port.

Leave that all behind and head for a fiery curry and spicy noodles at Rouan Thai. The owner, a former sailor, fell in love with his now wife on one of his journeys; she and the couple’s daughter are the magic hands behind the restaurant’s cuisine.
If Italian is more your thing, head to nearby Speranza for a coffee, salad or a full blown lunch. Owned by two Greek-Sicilian sisters, Astrid and Sonia, this spot has a list of delicious daily specials every day. We devoured the pasta (shocker) and lentil salad when we went, but go for anything that makes your mouth water, and don’t forget to order dessert. Just make sure you go on a weekday, as they’re closed on Saturdays and Sundays.
Nightlife has also taken on a new meaning in Troumba, though in the characteristic Pireaus way. Head to Beluga or Madama, and as a rule, by 1am there will be Greek music blaring and more than one local dancing on a table. On weekdays, catering to the after-work shipping crowd, this phenomenon can also be witnessed at restaurants that suddenly turn into clubs around 7pm.
The countercultural spirit of Troumba dies hard.

One of the best Thai spots in the city. 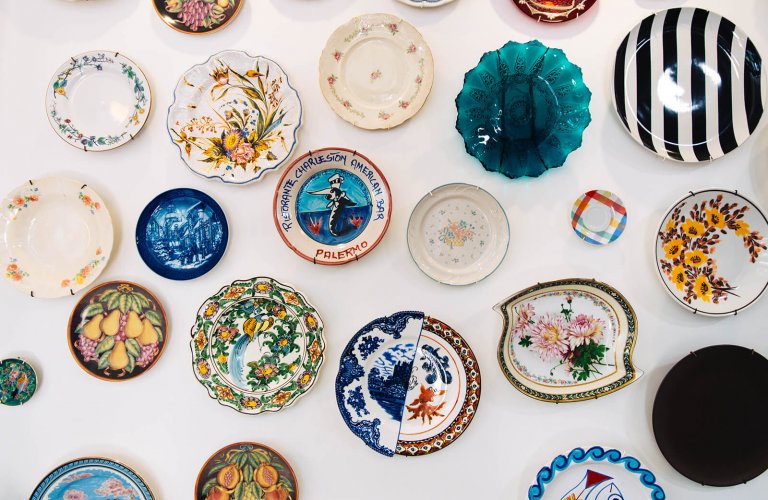 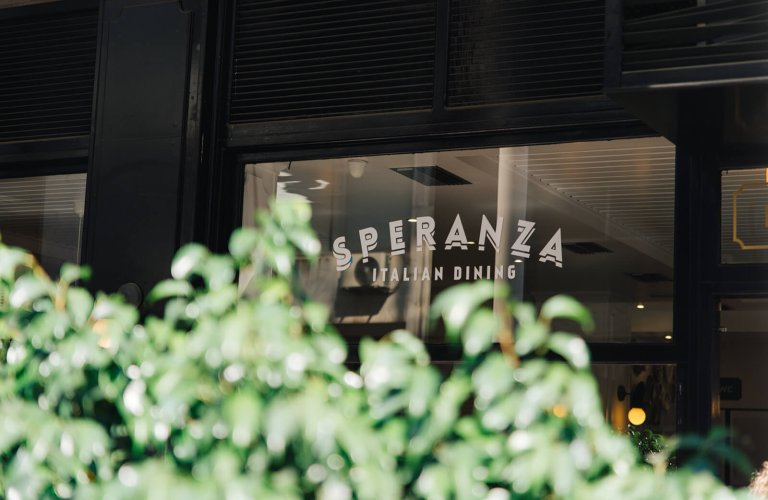 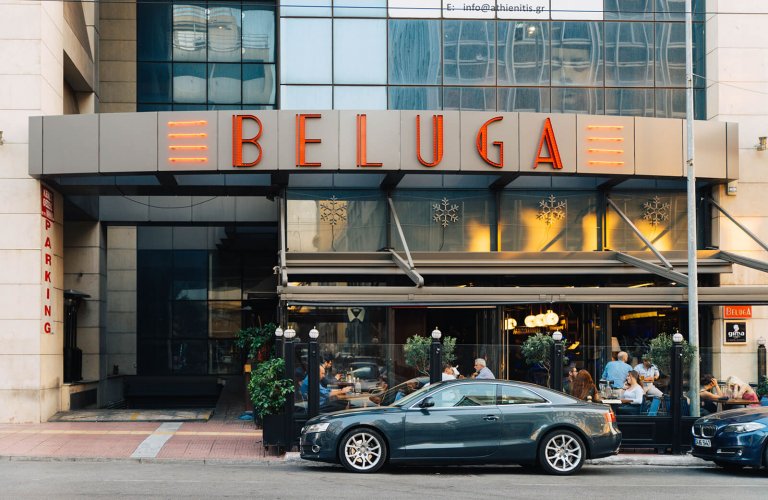 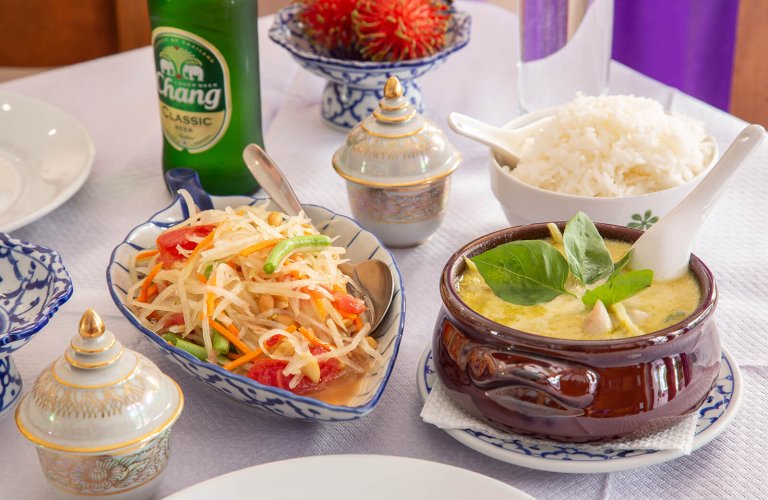 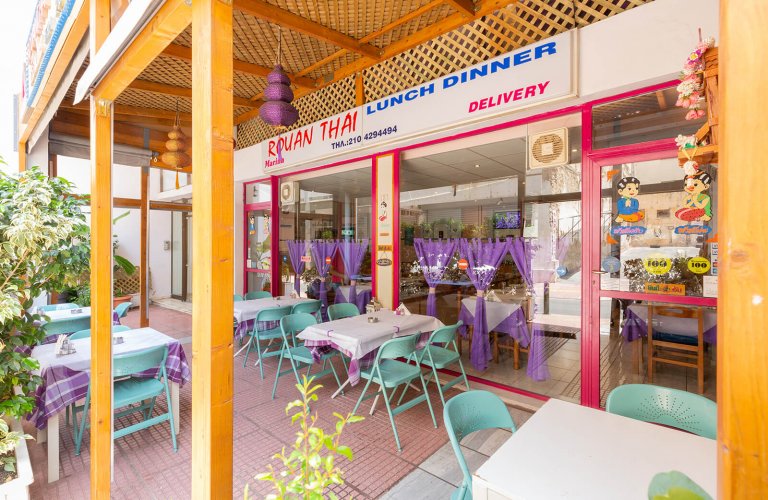 Details are everything at Speranza.

After nightfall, this place gets loud.

Don't let the laid back setting mislead you.