Designed by Thucydides Valentis, the museum was purpose-built in 1970.

Although planned and built by the junta as a ‘monument to Greek valour and military prowess’, the War Museum didn’t open until after the dictatorship’s collapse in 1974.

The museum offers a timeline of Greek history through military conflicts, albeit slanted towards successes rather than defeats. If you’re interested in military paraphernalia, there are muskets, uniforms, flags, bayonets, and swords. The Greeks' heroic resistance mounted against the Nazis is is given special emphasis. A wall chart titled ‘This is how the conquerors passed through Greece’ is a stark reminder of the price Greece paid for its defiance: 8% of its population was killed.

The lightboard map that shows how news of the Trojan War was transmitted to Mycenae by fire-beacon.

The Henry Farman III was Greece’s first military aircraft. You can see a replica outside the museum. 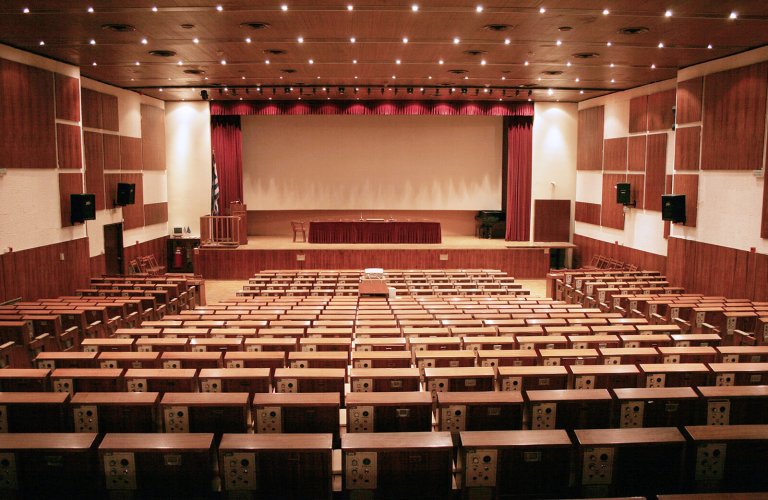 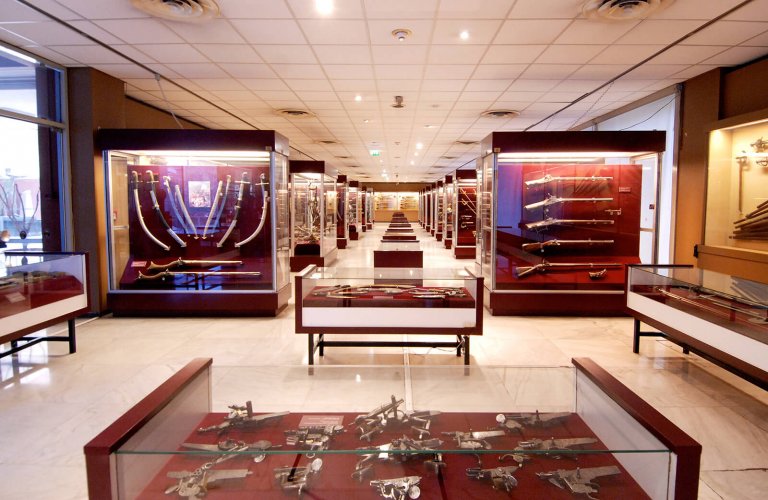 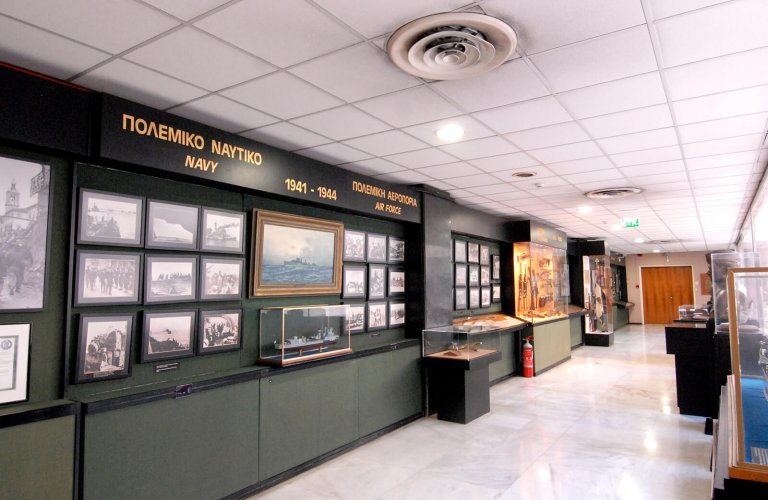 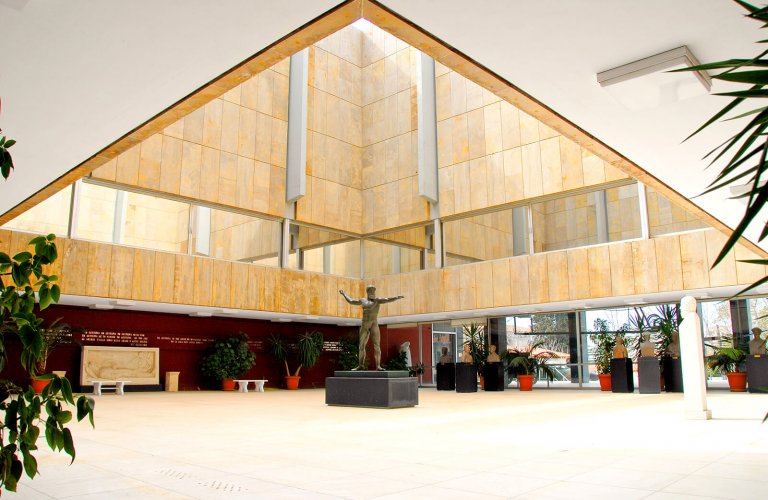