Exploring the Vineyards Around Athens

You may find some of the local experiences, places and events featured on our site are not operating yet. Please check ahead before visiting.

Μadrid may be the only capital in the world to have its own wine appellation, but Athens is still one of the few major cities to boast a vineyard on its doorstep. Although not as well-known as Vienna’s Heurige wine region, the Mesogaia valley, a mere 30km from downtown Athens, is covered with over 650 hectares of vines. You fly right over the vineyards as your plane lands at Athens International Airport. The Mesogaia vineyard, defined by Mount Pendeli to the north and Hymettus to the south, has been the capital’s purveyor of inexpensive, everyday wine for centuries.

Before the advent of fast food joints and fancy restaurants, Athenians were partial to koutoukia, small taverns-cum-wine bars that served white wine from the small viticultural communities north-east of Athens. A good koutouki’s trademark was an impressive collection of casks containing different wines and the habitués always had their favorite one. Wine was served by the kilo in coloured pewter jugs, which are still used by many Greek tavernas.

Mesogaia is considered the birthplace of retsina. The local grape, the sturdy Savatiano, can produce excellent resinated wines, as well as a large range of non-resinated, dry whites. Over the past 30 years, there have been so many successful experimental vinifications of the Savatiano, that it is now considered one of the most interesting grapes Greece has to offer. It is still the number one crop in the prefecture of East Attica, which is also famous for its royal figs and high-quality pistachios. Two other areas on the outskirts of Athens have important vineyards: one to the north, extending from Stamata to the village of Afidnes, and one to the west, centered around the town of Megara.

At the turn of the 20th century, there were thousands of hectares of grapes planted all across Attica, which was Greece’s most important wine-producing region. Sadly, most of them have now disappeared as the city expanded in all directions, especially from the mid-sixties onwards. In Attica, the problem is compounded by the fact that land ownership is divided into thousands of plots, making it all but impossible for grape-growers to realize economies of scale, leading many of them to abandon viticulture altogether.

When Athens airport relocated in 2001 from the western suburb of Glyfada to its current location in Spata, more than 1,800 hectares of vineyards were sacrificed in the process. However, this was offset by a decree ruling that all the surrounding land will remain farmland indefinitely. This has saved a large part of Attica’s vineyards, which have always been centered around Spata, Markopoulo and Koropi.

The entrance to Markou Vineyards. Corkscrew anyone?

You and me, and a bottle of wine.

There is a theory in the wine business, developed by New Zealanders, that it is not only the quantity but also the quality of daylight that impacts grape maturation and the end quality of wine. If that is indeed the case, wines from Attica, whose special light has been lauded since antiquity, have a powerful ally.

Wines produced from the Savatiano grape are perhaps the most “Greek-tasting” of all; without being intensely aromatic, they are elegant and easy-to-appreciate, with Mediterranean-style aromas reminiscent of a walk in the (Greek) woods. In wine-speak, they are neither fruity nor minerally; they are in fact rather herbaceous, with notes of hay and dry spices such as thyme. Not a very fashionable aromatic profile these days, to be sure, but a number of “rebel winemakers” persist in cultivating and exploring the Savatiano despite its relative unpopularity among sophisticated Greek consumers. What many experts like most about the Savatiano grape is its full-bodied, sometimes even robust, mouthfeel, making it an ideal partner for many traditional Greek dishes.

All wineries in Attica have expanded their range beyond Savatiano wines, to include delicious bottlings of Malagouzia and Assyrtiko grapes, along with some red ones, mainly Agiorgitiko. There are more than 40 wineries operating currently in the Mesogaia region and beyond, but very few are open to visitors. On the plus side, they are so close to Athens that some of them can even be reached on public transport, although using a car is best if you want to drive through the vineyards and combine a visit to one or more wineries with other attractions and beaches nearby.

These Attica wineries are open to the public and available for tours and tastings. Call or email in advance to arrange your visit. 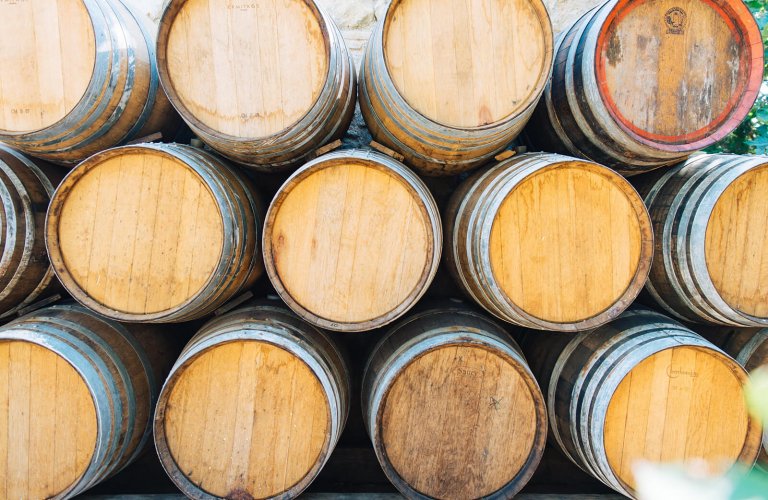 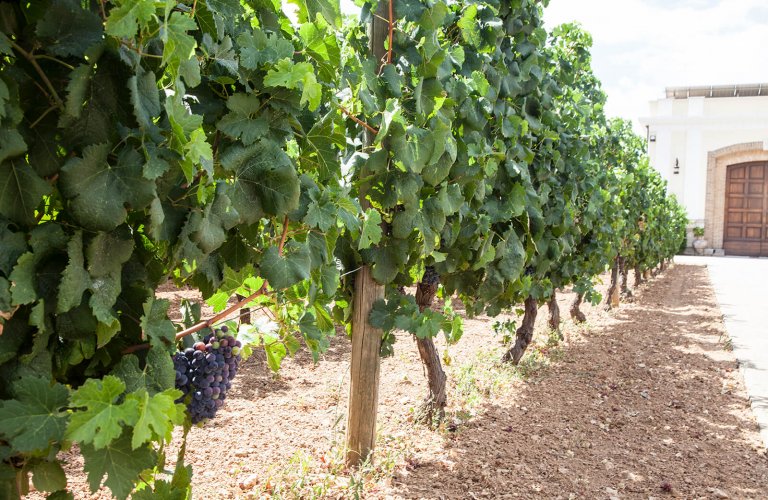 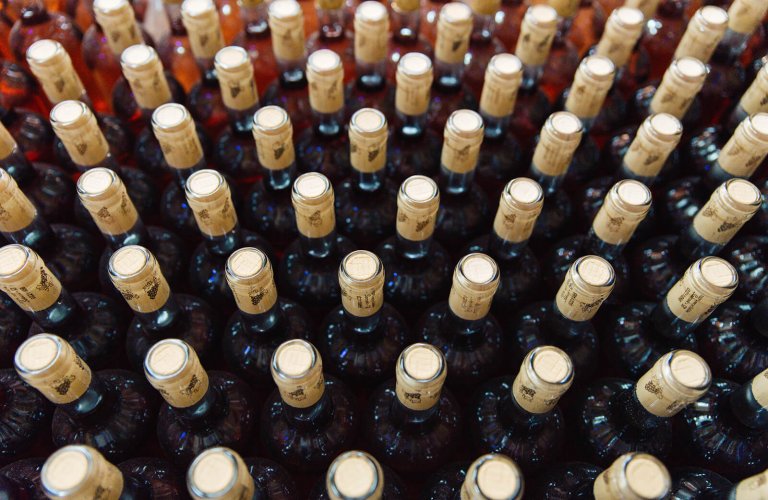 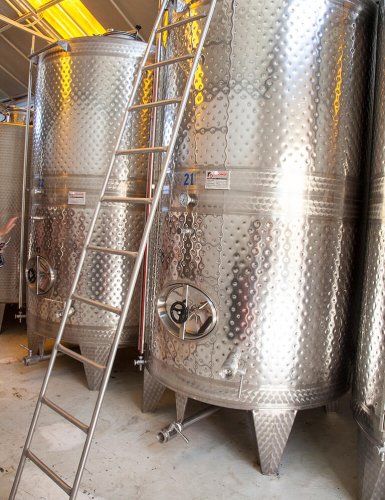 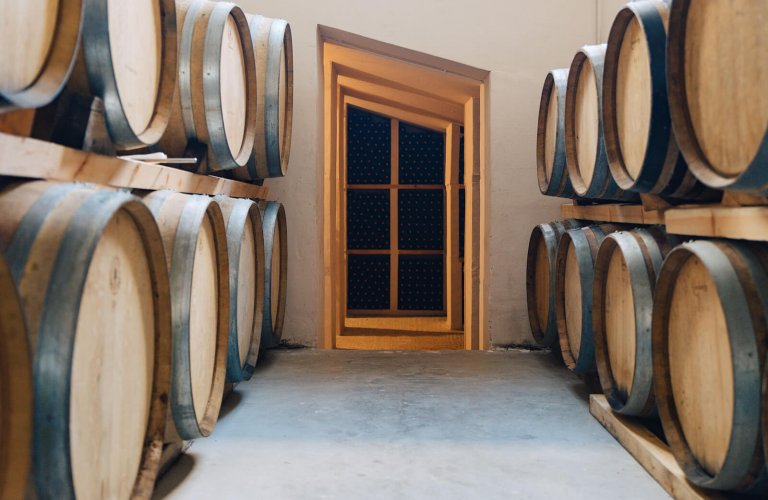 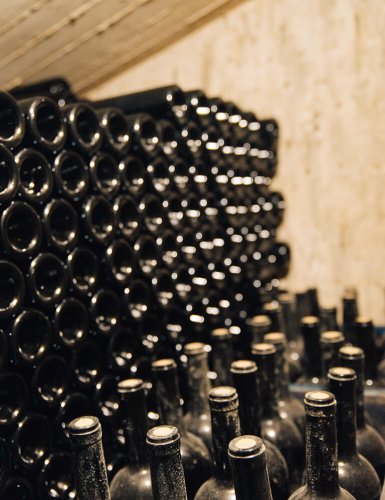 Barrels of the nectar of the gods at Markou Vineyards.

The vines of Ginas Winery.

How many can you count?

Where it all happens.

The door leads to the cellar of Mylonas Winery.

Dusty bottles can only mean one thing: well-aged reds.

A lovely estate surrounded by nature, 23 km north of Athens. It was created by George and Anne Kokotos in 1980 and if you’re lucky you will be shown around by Anne, who is English and passionate about wine. The estate is known for its elegant and sophisticated produce. Wines that you must try: their flawless Savatiano, their elegant Chardonnay, and the award-winning Kokotos Estate Red.

Pink is the new black.

Vasilis Papagiannakos is the first winemaker in Greece to have built a bioclimatic winery, designed by award-winning architect Elena Stavropoulou. The building is beautiful and impressive, with lots of wood and big windows overlooking the vineyards. Wines here are very modern and popular on the export markets. Must try: a meaty Savatiano from old vines, an ultra-modern version of Retsina, and a truly impressive rosécalled Granatus.

This is a family affair dating back to 1908 when the great grandfather of the current owners planted Savatiano vines in Peania. This winemaking family also established a taverna in the Plaka neighbourhood in 1950 (which is still going strong at 12 Aeschylou Street) called Oenopolio, which means “wine shop”. Must try: their Savatiano without sulphur additives, their barrel-fermented Savatiano, and the aromatic Malagouzia, the most up-and-coming Greek grape.

Vassilis Markou; the man behind the name.

Stamatis Mylonas in his cellar.

This proud-to-be-small winery was created in 1917 and is currently run by three Mylonas brothers who have made a name for themselves as ambassadors of the Savatiano grape. Winemaker Stamatis Mylonas doesn’t need much convincing to put together a vertical tasting of his Savatiano wines, proving what an exciting varietal this is. Also unmissable is his steely Assyrtiko.

Dijon-trained George Vassiliou has concentrated white wine production at his Koropi winery and has moved red wine production to his other winery in Nemea (Peloponnese). His Ambelones Vassiliou label is a perfect example of a classic Savatiano-Roditis blend, while his Savatiano Fumé was the first-ever barrel-fermented Savatiano. The winery is so close to the airport one could almost walk there.

Wine and dine at Domaine Vassiliou.

This father-daughter operation is a blast and if the stars are with you both Andreas and Vicky will lead your wine tasting. Both oenologists, but a generation apart, there is sometimes disagreement in the air on how the wines should taste, which is an added plus for the alert visitor. Their wines are tasty, meaty and absolutely gullible. The winery is small and homey. Do not under any circumstances miss their Pine Forest Retsina and their Syrah red.

6 Greek Wines to Try (and Buy) in Athens