Hail Caesar—the Athenians did with a magnificent Doric gateway to usher citizens into centre of public life during the city’s Roman era.

It was the city’s civic centre under Roman rule. The far end was marked by the Tower of the Winds. Entry was through a huge Doric arch built by Augustus Caesar. During the Byzantine Empire, a church was built among the homes and workshops, which later served as the foundations for the Fetiye Cami, a mosque built by the Ottomans.

The remains of the public toilets, or vespasianae, dating from the first century. Note the benches with holes around the walls and sewage pipe beneath.

In the 1920s, temporary shelters were constructed on the site to house refugees from Asia Minor. These were dismantled when excavations began in 1931. 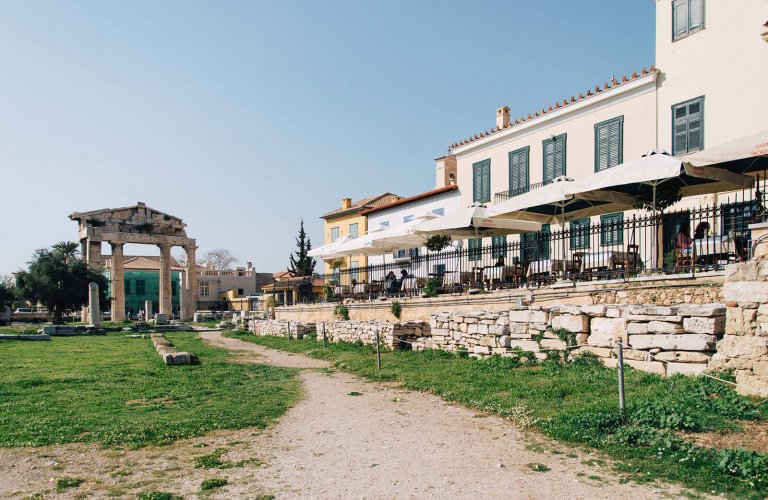 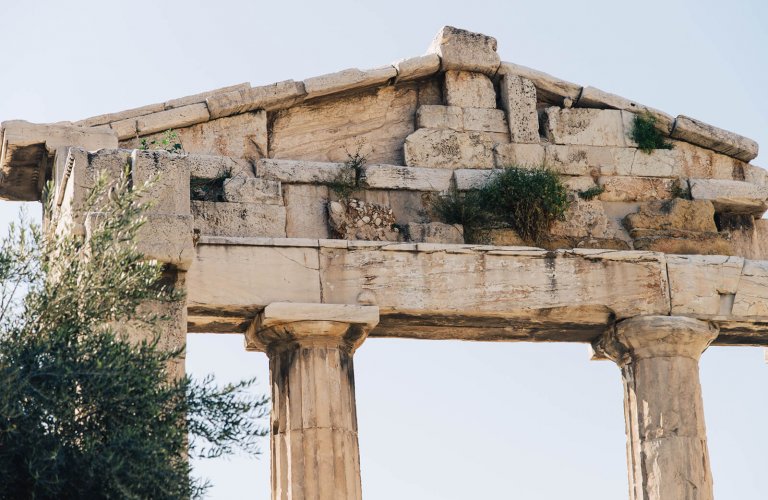 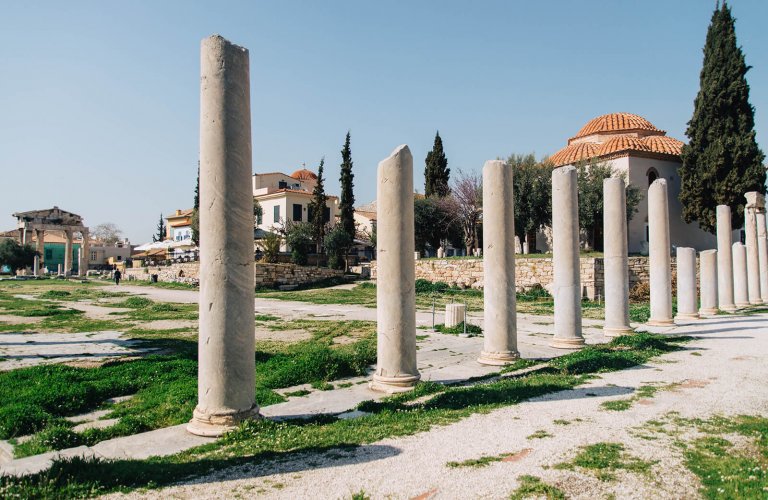 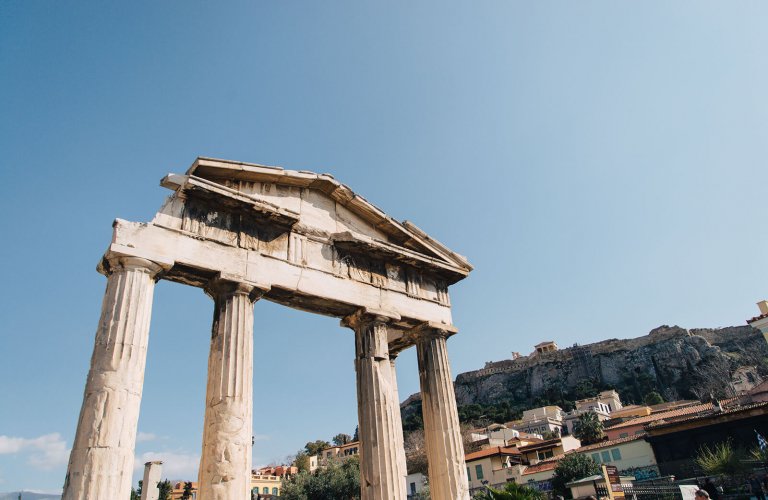 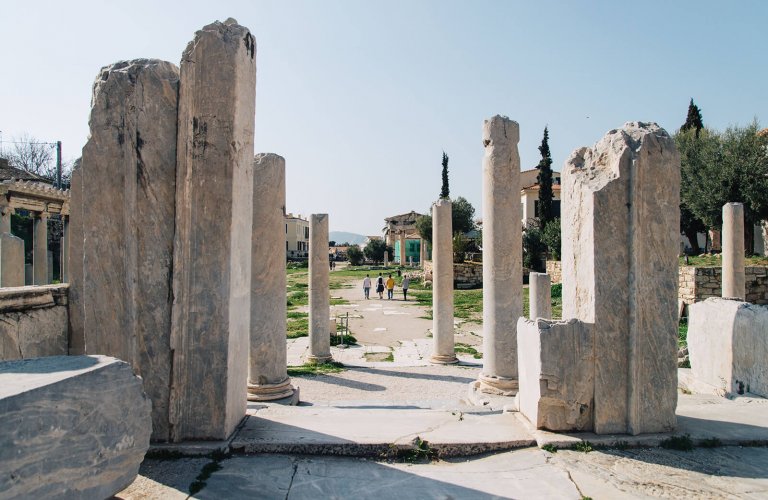 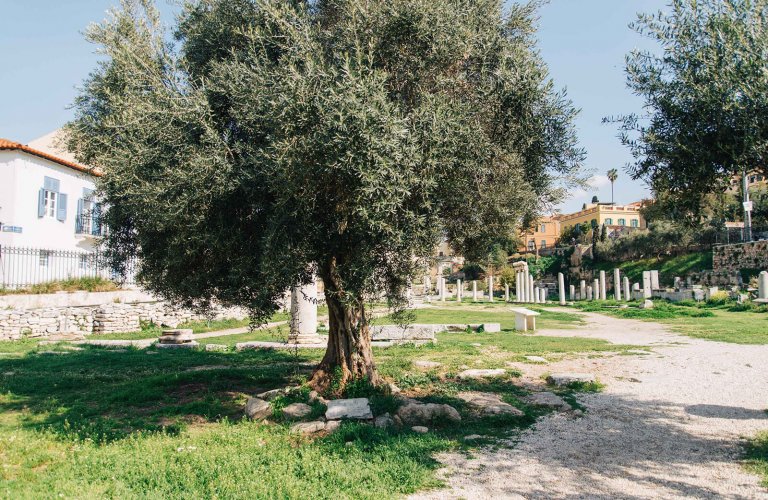 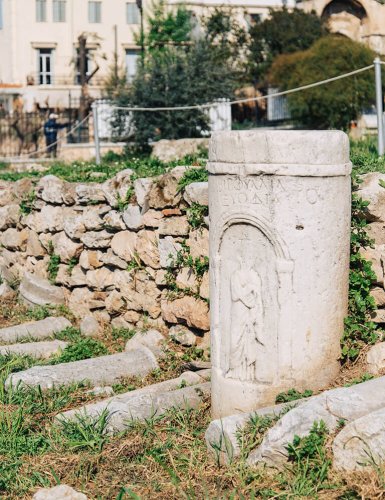