Anyone who appreciates good wine and would enjoy seeing a piece of unspoilt Attica that’s well off the tourist track.

Spyros Triantafyllou, whose motto is “our passion for wine is reflected in our work”, is full of information and wine lore. Spyros has his own oenotourism company, Vins, which will design a wine tour to suit your interests.

Getting to the winery was half the fun. While driving through the green hills of Attica, our guide Spyros gave us some astounding figures about Greek wines.

The Costa Lazaridis winery and wine museum in Kapandriti, followed by a wine tasting.

Did you ever imagine there could be 300 grape varieties in Greece alone? Or that the ratio of varieties to geographical territory is perhaps the highest in the world? France, Italy and California may be better known for their wines, but Greece can actually boast a higher percentage of its land dedicated to growing grapes. Of these, 35 have been awarded the prestigious PDO (Protected Designation of Origin) appellation, and another 120 PGI (Protected Geographical Indication). Not bad for such a small country.

As we approach the Lazaridis winery, Spyros tells us how the Lazaridis brothers, Costa and Nico, became wine makers. Apparently they started out planting some vines in the Drama area of Northern Greece back in 1979 as a modest sideline to their marble business.

“Before long they were sending their clients bottles of their own wine along with the blocks of marble,” says Spyros. The wine was so good that in 1986, Costa was inspired to create the first modern winery in the region. “But five years later, the brothers split,” continues Spyros. “They couldn’t agree on which techniques produced the best wines. In the end, they built rival wineries that face each other on opposing hilltops. But they still operate the marble business together.”

Attica is the oldest vine-growing region in Greece – wines have been made here for more than 4,500 years. But the local wines are mostly white. Costa Lazaridis was determined to prove that good red wines could be made here too. So he planted one local grape, Agiorgitiko from the Nemea region of the Peloponnese on his 20-hectare area overlooking Lake Marathon. He also planted two international varieties, cabernet sauvignon and syrah, with which he’s had great success up north. “In Kapandriti, 600 km to the south, the wines would be sure to reflect the difference in climate and terroir. You’ll get to taste some later,” Spyros promises.

Before Greece joined the EU and received grants to develop its wine industry, the country was best known for its piney-scented retsina from a grape called Savvatiano.

“If you’re old enough,” says Spyros, “you might remember the bad stuff being compared to turpentine. But although that’s the grape most associated with Attica, it doesn’t have PDO status. It’s called a traditional product instead.”

Since the 1980s, Greek wines have undergone a radical transformation, winning awards for both indigenous and international grape varieties and praise from both noted wine critics and the wine-loving public. “Even retsina is enjoying a comeback,” adds Spyros, “with some really good, delicate versions.”

Visiting the winery and museum

The Lazaridis winery, Oenotria Land, is set on the edge of Kapandriti village, a few kilometres from the vineyards. It’s made of soft golden stone in a loosely shaped Π. Despite its size (10,500 sq m), the winery is both warm and welcoming. Manager Christos Fotiadis greets us and guides us through the museum in the cellars.

There are large maps and reproductions of ancient vase paintings, early wine presses, illustrations of soil types, root stock and diseases, including the dreaded phylloxera, which decimated almost all the vines of Europe. In fact, today’s vines have been grafted onto American root stock, which was immune to the disease; a rescue operation that began in the late 19th century.

You’ll also see cauldrons for distilling Lazaridis tsipouro, and barrels of ageing balsamic vinegar, which you can taste. The magnums are collector’s items, each one sporting a hand-painted scene by a local artist. But what particularly amuses me is the enormous display of corkscrews. Take a close look, some of them are quite ‘naughty’.

Roll out the barrels: The wine tasting

Time to get to the good stuff: Tasting the wines. You emerge from underground into the shop/tasting room. Grab a plate of cheese, salami and breadsticks, settle yourself on a stool at the bar, and wait for the first delicious vintage to be poured. Some of the names will probably be unfamiliar to you—Assyrtiko, Malagousia, Agiorgitiko. Others are household words like merlot and cabernet sauvignon.

If you’ve been to wine tastings before, you’ll know the ritual: pick up the glass and admire the colour. Swirl it a bit and then inhale the fragrance. Finally, take a sip and savour it slowly. Remember, Costa Lazaridis produces some of the finest wines in Greece; but I’ll bet you’ll have as difficult a time as I had trying to decide which you like best. Stin ygeia sas – To your health!
Top tip: You can buy Lazaridis wines, tsipouro, and several grades of balsamic vinegar at a discount. Tell  Spyros if you’d like to visit the vineyard in a lovely area of olive and pine trees, with Marathon lake glimmering blue in the distance. 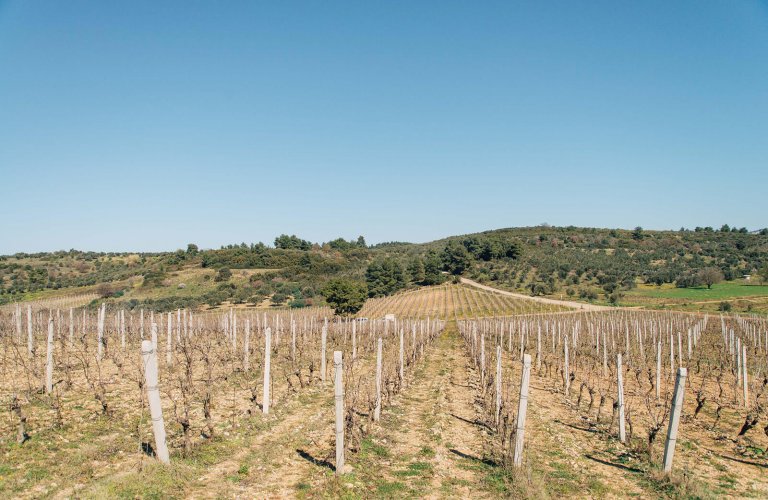 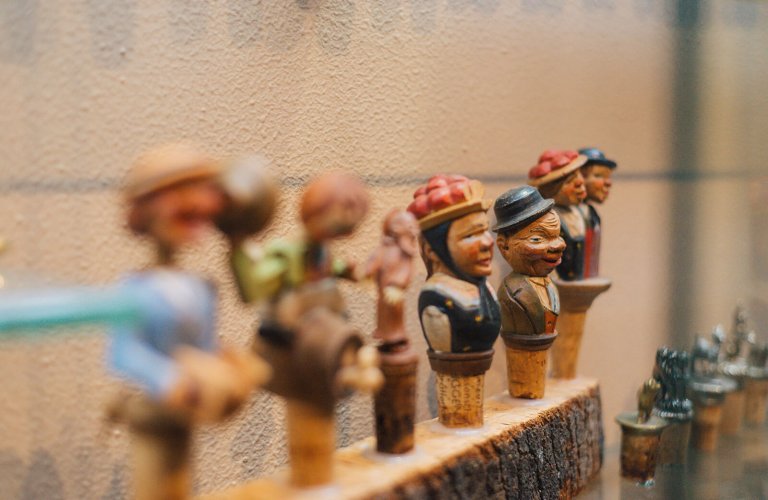 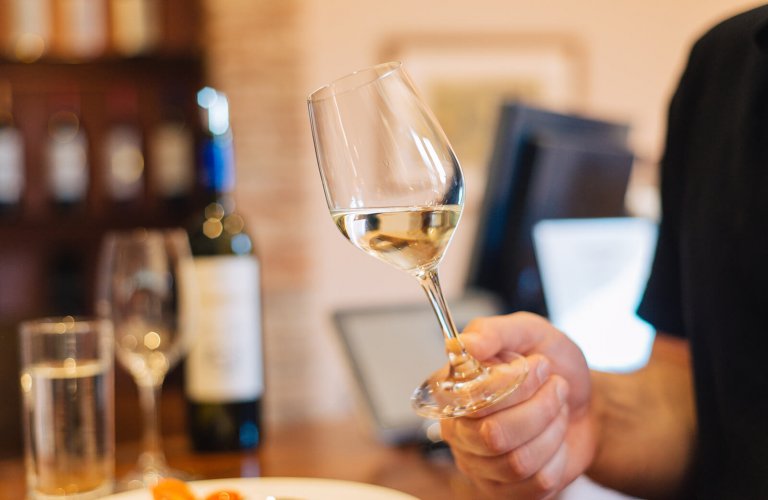 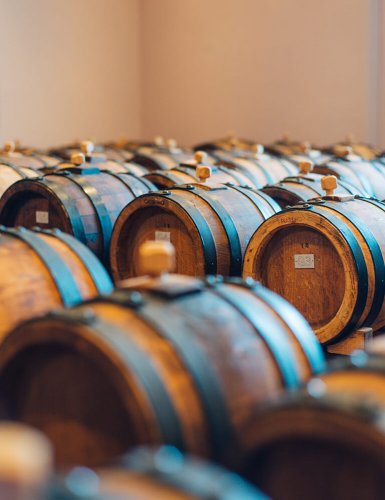 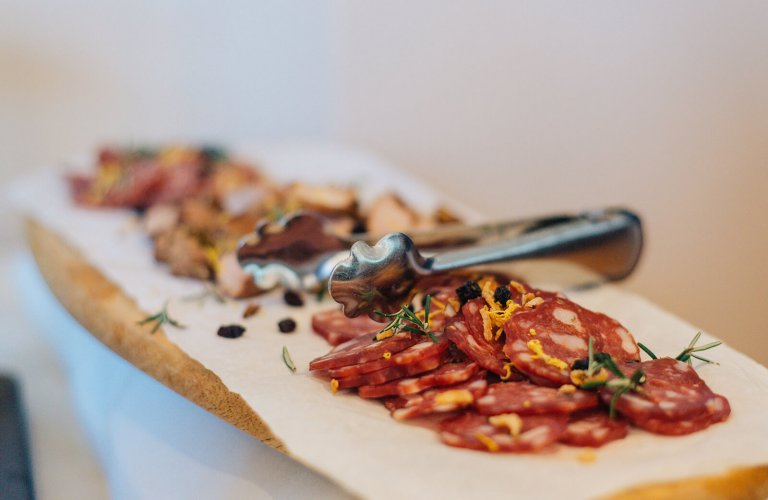 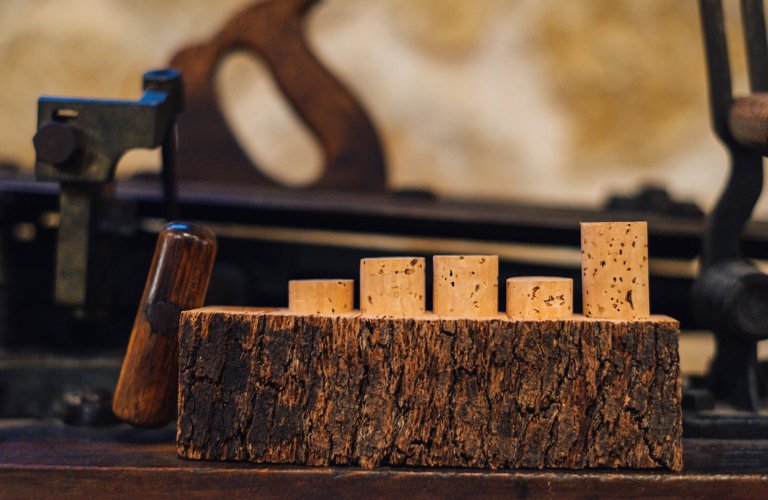 The time spent in the minivan and at Oenotria Land could not have been more pleasant. The company of the others on the tour enhanced what we were seeing and learning. And tasting.