On the Prowl: The Cats of Athens with Clio Muse

Cat lovers, obviously. Travellers on a budget. Anyone who likes scenic walks, but struggles to keep up with conventional guided commentary.

There’s something very relaxing about listening to colourful tales while you admire marvellous views and monuments. It’s rather like being told a bedtime story. Hilly Anafiotika, with its calming Greek island ambience and tiny, whitewashed homes clinging to rocks—and yes, many cute cats—was the most enjoyable part of the route.

Anafiotika, Plaka, the Ancient Agora and Roman Agora of Athens.

Although I can appreciate a YouTube cat moment as much as anyone, I’d say I’m fairly feline neutral. It’s good old curiosity that’s motivated me to find out how Athens’ feline inhabitants will take the stage in their very own dedicated tour. Even if you’re not that into cats, this audio tour is a crafty ruse to help you discover some of the prettiest pockets of Plaka and the slopes surrounding the Acropolis.

You start by downloading the Clio Muse Tours app to your smartphone or tablet. This allows you to purchase and access the tour. Once you’ve done that, you can activate the tour whenever you want—and repeat it as often as you like. An interactive map will guide you to five numbered Plaka locations, all within comfortable walking distance of each other. At each stop, you’ll hear five snippy recorded stories, each about 45 seconds long.

Just imagine. If you could somehow jump back in time and walk the streets of ancient Athens, you’d be more likely to encounter a cheetah than a cat (wealthy families sometimes kept them as pets). Cats arrived in Greece in the early second millennium BC aboard Minoan vessels that ferried tasty fish and other cargo from Egypt. The Egyptians doted on their domesticated cats (you’ll find out why), but most Athenian households preferred weasels or ferrets as pets to keep mice at bay.

These days, of course, Athens belongs to its cats. You never have to look very far to spot one. I’m admiring two right now, just minutes into this tour. A delicate white moggy with a smart ginger crown and a young black and white tabby. They’re curled up companionably under the shade of a mulberry tree outside a cottage in Anafiotika, snoozing away the steamy morning. It’s an image that would be right at home on Instagram or in one of the Cats of Greece calendars on sale in the meandering lanes of Plaka.

The commentary skips between fable, folklore and fact. Some stories are more encyclopedic (how cats were named and how they acquired their nine lives); and some are more Aesop-like (how the cat got its stripes). Other stories aim to amuse (listen out for the secret to how ancient Athenians trained cats to dance on their hind legs to the sound of a lyre!). I loved the tale of the famed imperial cat in Byzantine times, who was spoon fed off gold plates and slept on silk pillows. There’s also the downright weird—like the odious ancient hair loss remedy involving cats that I don’t recommend anyone trying at home!

Some of the recordings felt fictionalized to me, but they’re all rooted in historical material  sourced from archaeologists, historians or accredited tour guides. And everything is presented in a spritely, imaginative fashion.

As for the five locations, they’re there to serve more as an evocative backdrop and are only loosely connected to the narratives. For instance, outside the Roman Agora you’ll hear about cats of the Roman period; while next to the Ancient Agora, where cats still roam free, the stories relate to cats in Ancient Greece. If you should find no cats around on the day, it’s up to you to conjure the feline purrs echoing down the centuries.

Timing the tour right can maximise your cat count. Around sundown is the most fruitful time for feline activity, apparently. But on my highly enjoyable late morning romp, I spy cats pretty much everywhere. Sunning themselves on the slopes of the Acropolis or pouncing on insects through cracks in the pavement; perched on windowsills or in the painted doorways of Plaka watching the world go by. Outside the Church of the Metamorphosis, a stripy moggy winds around the ankles of a street artist selling watercolours of the Parthenon to the summer crowds.

Midway through the tour, I stop for lunch on Dioskouron Street at a Greek taverna with great views. When my food arrives, not one, but three cats approach my table hopefully. “It’s okay,” I tell the waiter, when he starts to shoo them away. “Let them come”. The cats don’t beg or attempt to steal from my plate so I reward them with a few morsels of meat. They accept them graciously, without any bickering or jostling, before leaving me to enjoy my meal in peace. My two-legged brood back home could learn from such beautiful table manners.

Top tip: Definitely wear comfy, non-slip shoes. The route covers many sections of ancient stone worn smooth by countless feet. I nearly went over a few times (especially on the downhill stretches). And make sure your mobile is fully charged. Take a battery pack if possible. I burned through a lot of juice playing the audio tracks and using my own GPS when I predictably got a little lost in Anafiotika! 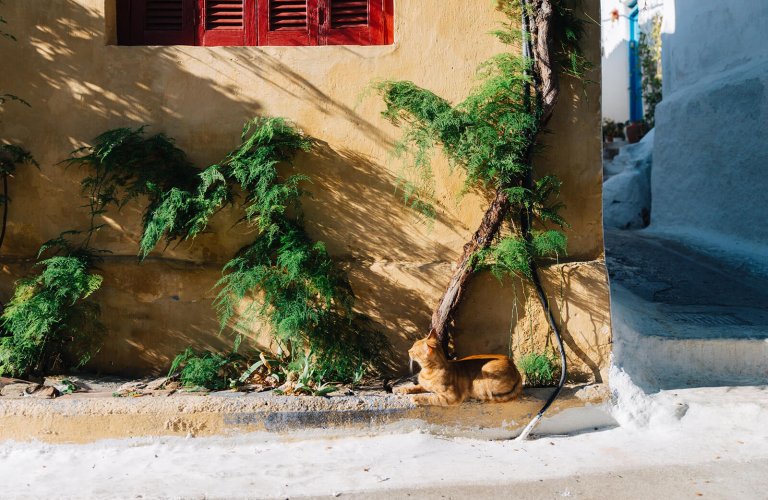 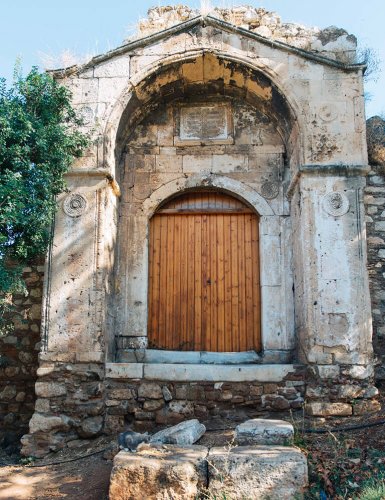 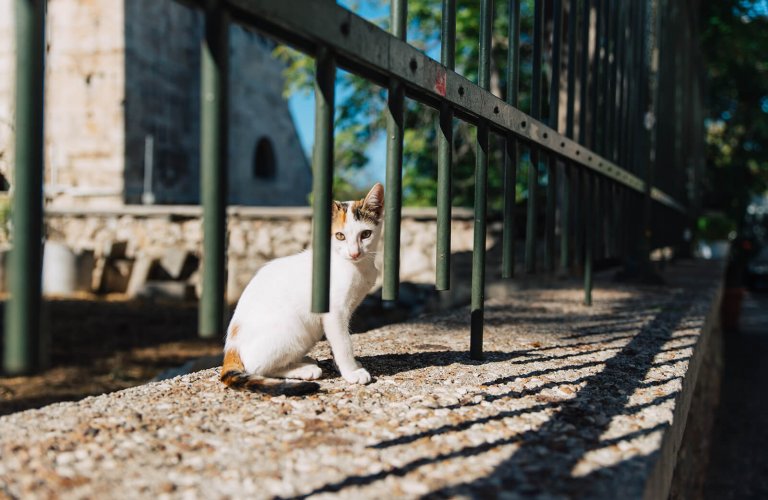 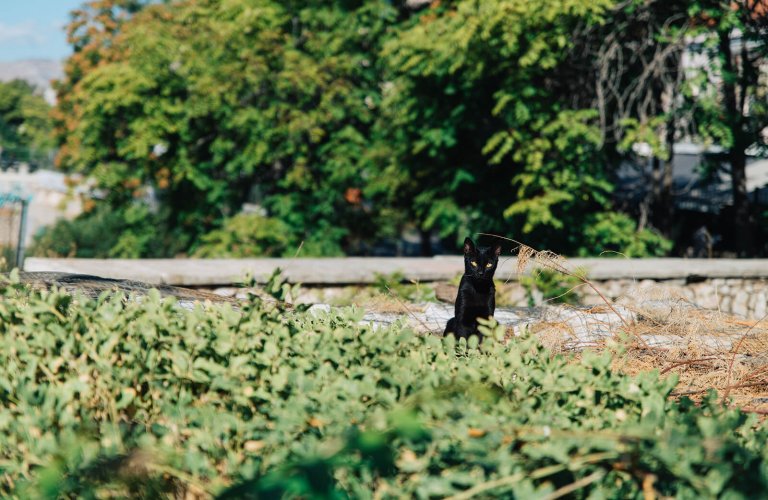 I love that you can go at your own speed with this self-guided tour and break away for a coffee or snack before rejoining the route. That’s ideal for the more independent-minded traveller. The tour also functions well as an introduction to the multi-layered delights of Plaka and some of its lesser-known attractions. It definitely stoked my appetite to check out more Athens audio tours. I consider it 8 euros very well spent.