The theatre dates from the fifth century BC. It was discovered in the mid-18th century and excavated in the 1800s by Wilhelm Dorpfeld.

Originally laid in the sixth century BC, the Theatre of Dionysus was subject to several additions and renovations, including the installation sometime during the fourth century BC of tiered stone seats believed to accommodate 17,000 spectators. Front row seats were elaborate thrones, with carved legs and armrests; the name of the spectator for which they were reserved was inscribed on each seat.

It’s the world’s oldest theatre. In the fifth century BC, it was the home of the annual spring drama festival where the ancient playwrights—among them Sophocles, Euripides, Aeschylus, and Aristophanes—presented their works in competition.

The stone reliefs on the stage depicting scenes from the life of Dionysus.

Front row seats were elaborate thrones, with carved legs and armrests and the name of the spectator for which they were reserved inscribed on each seat. 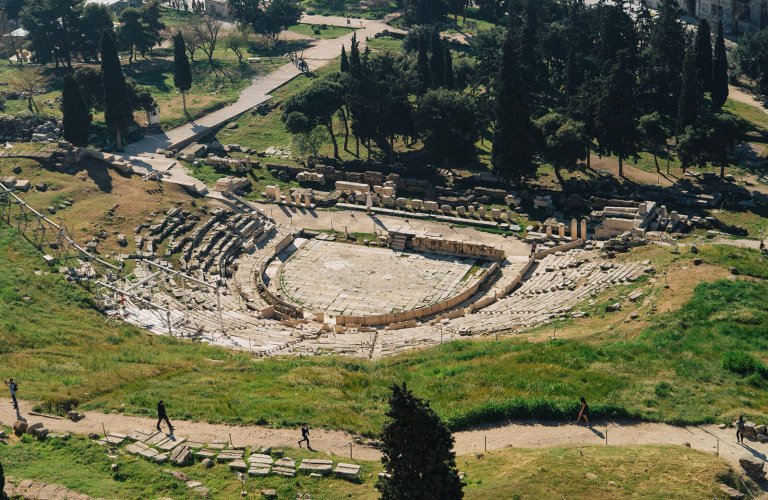 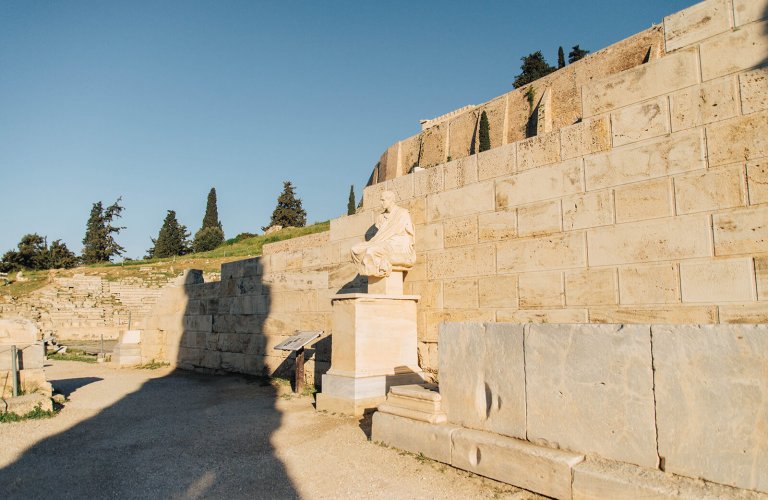 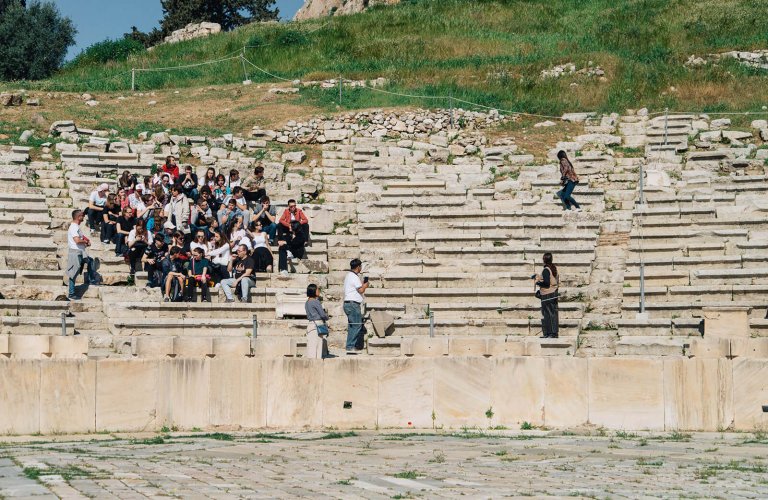