The gateway to two eras: step back, or east, into Greek antiquity and forward, or west, towards Roman Athens.

18 metres tall, the arch is made of solid marble from the Pendeli quarry.

Marble from Pendeli quarry was also used to build the Parthenon. 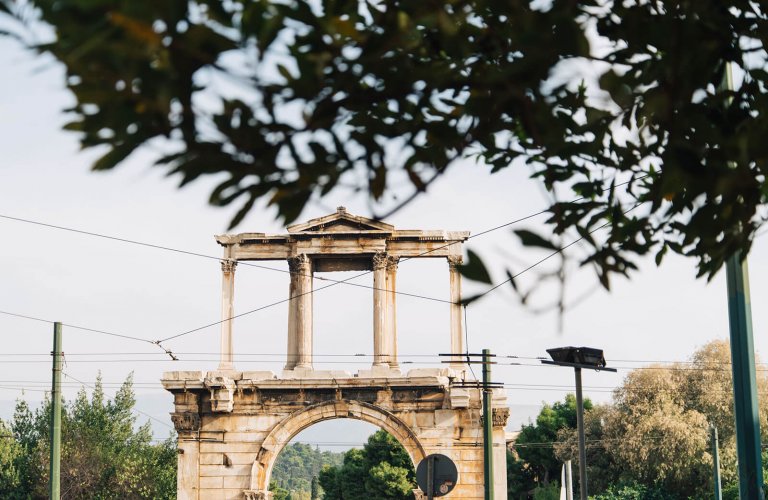 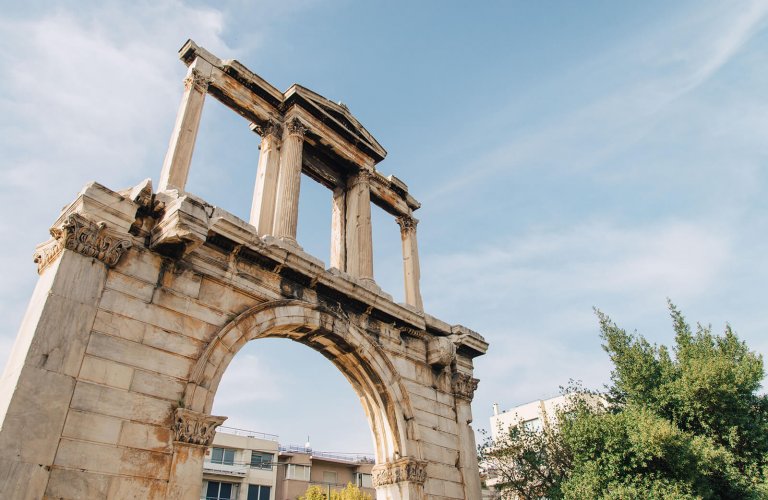 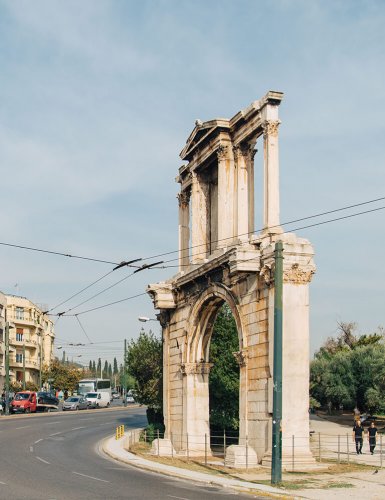